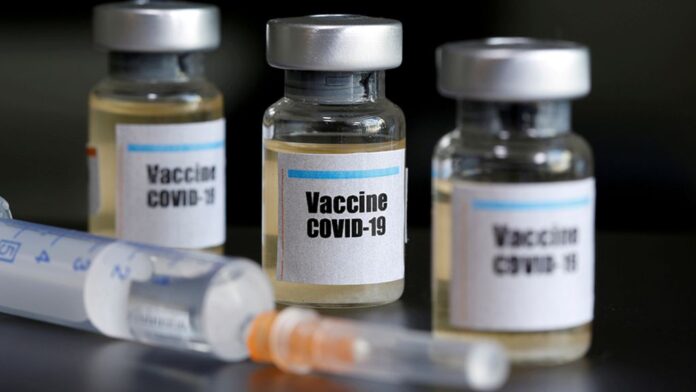 Anti-vaccine groups are waging a social media misinformation campaign to disrupt Kenya’s plans to roll out COVID-19 vaccines next month.

Kenya has ordered 24 million doses of the COVID-19 vaccine developed by AstraZeneca and expects them to start arriving in the second week of February, according to Mutahi Kagwe, Cabinet Secretary for the Ministry of Health. Media reports indicate that Nigeria has ordered 10 million vaccine doses and Zambia announced it has initially been allocated 8.7 million doses.

The vaccines are being acquired through the African Union’s COVID-19 African Vaccine Acquisition Task Team (AVATT), which has secured a provisional 270 million doses, according to the African Union Chairperson and South African President Cyril Ramaphosa.

But popular social platforms like What’sApp are spreading misinformation about the vaccines with the aim of influencing the public to reject the shots, which can halt the spread of the global pandemic. The false messages include instructions to forward to friends and family. In fact, vaccination is a simple, safe, and effective way to protect people against harmful diseases, before they come into contact with them, according to the World Health Organization (WHO). Vaccines use your body’s natural defenses to build resistance to specific infections and makes your immune system stronger.

‘‘This is not true,” says Dr. Omu Anzala, professor of virology and immunology and lead researcher at the Kenya Aids Vaccine Initiative (KAVI) at the Institute of Clinical Research, University of Nairobi. “The screenshot shared on social media was edited intentionally. The photo was lifted from a different drug. There is no COVID-19 vaccine developed for specific regions, say for Africa, United Kingdom or USA among the four front-runner vaccines.” Specifically the screengrabs obtained by the Alliance for Science show the drug Remdesivir, which is not a preventative vaccine but is used for people who are already infected with COVID-19 and are suffering severe symptoms. It may be administered by injection, but it is not a vaccine. This confusion shows that the screengrabs are being intentionally spread to mislead people and do not contain any valid medical information.

This is one of the most common anti-vaccine myths and it has been circulating for years around existing vaccines. For example, some vaccines use a preservative called thimerosal, which contains ethylmercury. This has led vaccine opponents to make false accusations about the toxic effects of heavy metals. In fact, ethylmercury is excreted rapidly by the body and a vaccine contains about the same amount as you’d find in a small can of tuna. In any case, COVID vaccines do not contain thimerosal. Another accusation is that aluminium salts, which have also been used safely for years as a vaccine ingredient, might have a harmful effect. In actual fact, the quantities of aluminum are very low and less than might be found in milk, for example. Once again, actual COVID vaccines do not include aluminum as an ingredient.

Anzala notes that polio and measles have been widely controlled — and polio is on the verge of global eradication — because vaccines are incredibly effective. “Therefore, the COVID-19 vaccine is no different and it is safe. Side effects are there in all drugs we take but the benefits outweigh the side effects and that’s why we take medication. The side effects are temporary,” he explains.

No current vaccines for infectious diseases have any impacts on our genes or those of the next generation. This is simply a myth. It is important to remember that if people refuse to take an available COVID vaccine then many more people will get sick and die from the disease. Spreading this misinformation could result in many additional deaths, which is why it  must be effectively combated on social media.

The truth is that vaccines can cause mild side effects, such as a low-grade fever, or pain or redness at the injection site due to their effect in stimulating the immune system. Mild reactions go away on their own within a day or two. Severe or long-lasting side effects are extremely rare. In the US, the Centers for Disease Control has announced that cases of anaphylaxis — severe allergic reactions — are less than 1 in a million with COVID vaccines.

It is true that genetic engineering has been used alongside genetic technology in general to combat the COVID pandemic. This shows how cutting-edge science can help humanity avoid situations that would otherwise lead to millions of deaths. Early sequencing of the SARS-CoV-2 viral genome allowed researchers to launch vaccine development initiatives within just a few days of the pandemic beginning back in January 2020. Since then, genetic engineering has enabled viral vectors to be used in the development of the Oxford/AstraZeneca vaccine, where a harmless virus has the genetic sequence for the COVID spike protein which enables the vaccine to work and generate an immune response. The Moderna and Pfizer vaccines use mRNA, which is a new and powerful genetic technology that has given these vaccines over 90 percent efficacy rates.  These vaccines are being administered around the world.

Instead of supporting fears about genetic technology, the rapid development of COVID vaccines actually shows that our ability to understand and manipulate genetics has already benefitted societies around the world. Those who spread myths and misinformation about both genetic engineering and vaccines are contributing to a higher death toll. They will have to answer for their harmful actions.