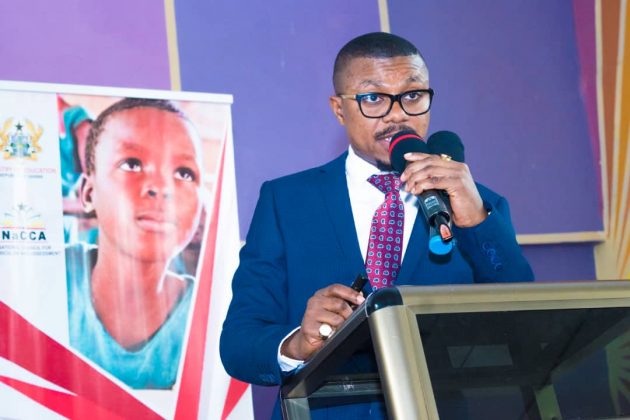 Member of Parliament for Kwesimintsim and former Director-General of the National Council for Curriculum and Assessment, Prince Hamid Armah (PhD), has stated that the New Patriotic Party has better plans for tertiary students across the country.

In an opinion piece, Dr. Hamid said the NPP has devised some innovative solutions to the burden on tertiary students that do not involve endangering the economy and are more sustainable.

His views come after Parliament on Thursday rejected a motion for the government to pay all admission fees for tertiary students for the academic year.

The NDC caucus supported the motion with arguments that the suspension of the fees was necessary due to the economic hardship imposed on parents by the COVID-19 pandemic.

The NPP side, on the other hand, holds the view that such a measure would be unnecessary because the government has already provided enough support and interventions in the area of education due to the pandemic.

Below is the full statement article by Prince Hamid Armah (PhD)

After several postponements and contestations over the wording and competence of it, a private member’s motion in the name of Honourable Mahama Ayariga, Member of Parliament for Bawku Central, was finally debated and put to a vote on Thursday 28th January, 2021.

The final motion that was debated was, in the words of the mover himself, “materially different” from the one he had first canvassed on 20th January, 2021. Then, the motion was “that this House resolves to request the President of the Republic of Ghana to take urgent steps to suspend the payment of admission fees by new entrants into public tertiary education institutions and continuing students of those institutions for the 2021 academic year as part of the national COVID-19 relief programmes being implemented by Government.

The final rendition that was finally debated and voted on by the house asked “that this House resolves to request the President of the Republic of Ghana to take urgent steps to absorb the fees of students of public tertiary education institutions for the 2020/2021 academic year and to extend support to accredited private universities as part of the national COVID-19 alleviation measures being implemented by the Government of Ghana.”

On the face of it, its evolving list of demands notwithstanding, the motion seems well intentioned. The covid-19 pandemic has ravaged many families. It is for precisely this reason that government embarked on several covid-19 relief initiatives to cushion working families. Apart from the much talked about free water and free electricity, government also made available grants and concessionary loans to support small businesses and their owners. It is worth noting that at the time, some on the other side of the political divide derided these necessary interventions as mere political gimmicks. We will however restrain ourselves and assess his motion on its merits.

With the layers stripped off, the intention of the motion became clear. It was not to merely to “suspend the payment of fees” but in fact to get the government to take on their payment. The motion also went further to seek some “support” for students in private tertiary institutions. The obvious question, which was not answered by the motion was how much all of these would cost. For example, there are several fees that students in tertiary institutions pay including association dues. There are some students who unfortunately owe fees from previous semesters. Were all these to be included in the relief package? To not define which ones the house was to ask government to pay – or indeed the nature of the support for students in private institutions – amounted to asking government for blank cheque that we would then later fill in as we saw fit. And that is no way to run a responsible government.

The motion also ignored the constitutional hindrance, which prevents the House from imposing a financial imperative on the government unless we are able to determine where government can find that money from. Throughout the debate, however, supporters of the motion pointedly neglected to identify which government programmes they proposed to suspend in order to free up funds for this laudable venture. Neither did they propose a new tax or taxes to fund a venture so amorphous and so ill-defined that it could put our fiscal health in jeopardy.

As we all know, government has already provided and is providing various forms of assistance to the Ghanaian public, among whom are these tertiary students and/or their parents. These programmes are already exacting a toll on the fiscal space, which the honourable member now seeks to add to with an undefined bill on which would rest the very survival of our tertiary education system. Interestingly, Honourable Samuel Okudzeto Ablakwa, speaking in support of the motion, insisted that the economy was in recession. Why would we impose such a burden on an economy in recession, one can’t help but wonder?

More to the point, the New Patriotic Party has already thought these things through and has in characteristic fashion, devised some innovative solutions to the burden on tertiary students that do not involve endangering the economy and are more sustainable.

ALSO READ  Ofori Amponsah back to the work of God

In our 2020 manifesto, we proposed to remove all impediments to the acquisition of student loans, including the need for guarantors. When effected, this will mean that with only a Ghana Card, any student can access the loan and apply some of it to these fees. On page 154 of the manifesto, we undertake to
“make sure no student who has obtained admission to a tertiary institution is denied access because they are unable to pay fees. We will provide all such students, with the exception of teacher and nurse trainees who are paid allowances, an option to obtain a student loan:
• without the requirement of a guarantor for the loan, provided he or she has a National Identification Number from the Ghana Card, and
• defer repayment of the loan after National Service plus an additional one-year grace period”.

It is also worthy of note that the amount available to each student was increased by 50 % in the President’s first term.

In addition, we have expanded, decentralised and streamlined the operations of the National Scholarship Secretariat, meaning that students who genuinely need assistance are able to get it.

The combination of these measures give hope to the Ghanaian student and mean that we do not have to risk our economic recovery on an ill-defined intervention. Good government means doing what is sustainable and efficient and not what feels good or popular.

If Honourable Ayariga and his colleagues want to help, I’d suggest that when government brings these measures to the floor, they join us in support of them so we can extend help quickly to the very people his motion purported to assist.

The writer is the Member of Parliament for Kwesimintsim and former Director General of the National Council for Curriculum and Assessment.