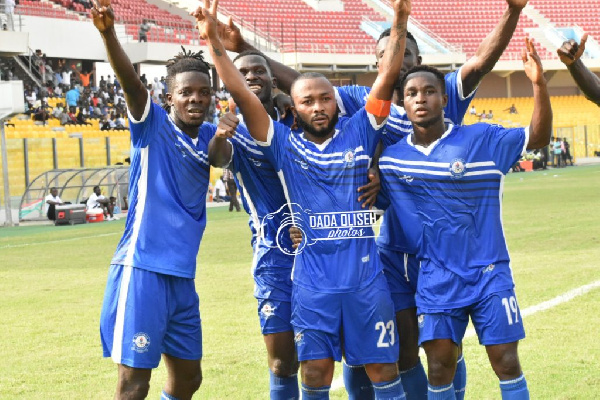 The Dade lads stunned the Phobains 2-0 win at the Accra Sports Stadium in the matchday 11 games.

Goals from Gladson Awako and Samuel Ashie-Quaye was enough for the two times Ghana Premier League champions to pocket all three points.

Speaking after the game, Preko said he was impressed with the performance his players put up during the encounter.

“I am proud of the boys. You saw it, they gave everything. We planned for this game and everything that we put in place came to light,” Preko said.

“The boys came to the party, we decided to hit them early and it worked so in the second half all we needed to do was to be compact and defend the two goals and our plan worked for us.”

This is the Dade Boys’ first win over Accra Hearts of Oak since 2004.