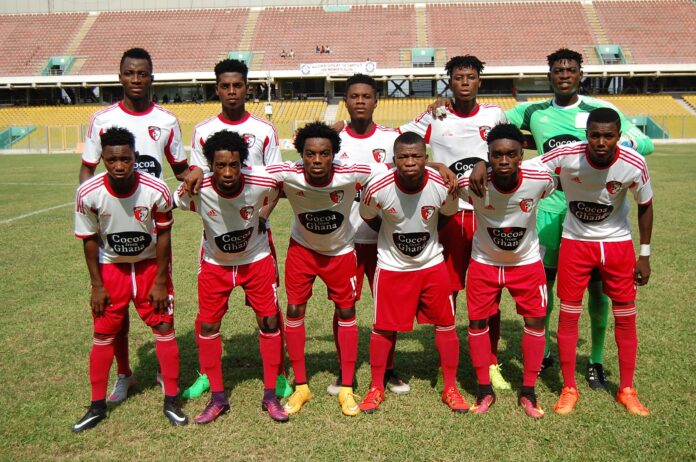 Konadu Yiadom scored a brace and the Academy Boys sealed a comfortable win.

The enterprising defender scored the first goal in the 51st minute as he headed in a corner kick for the opening goal.

In the 67th minute, Marvin Owusu doubled their lead and two minutes later Sampson Agyapong finished off the move and scored with an assist from Augustine Boakye.

Augustine Boakye got on the scoresheet with the fourth goal.

Ten minutes from time, Konadu Yiadom smashed in another header from a corner to make it 5-0.

ALSO READ  I used to play in the rain, but now it is a death trap---Emmanuel Olla Williams
AMA GHANA is not responsible for the reportage or opinions of contributors published on the website.