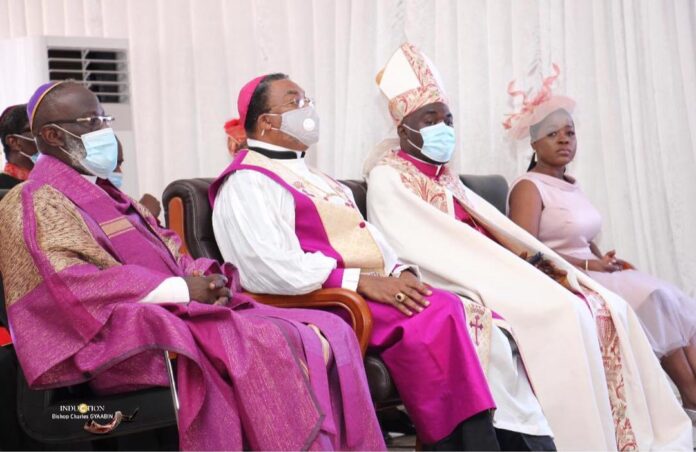 Over the past week, there has been an average of 148,460 cases per day, a decrease of 32 percent from the average two weeks earlier. As of Monday morning, more than 26,216,700 people in the United States have been infected with the coronavirus according to a New York Times database.”

Across the world, over 2.23 million people have died (Covid-19 worldwide alert). In the United States, over 441,296 people (human beings) have died from the disease.

In Ghana, the Ghana Health Service (GHS) reports as at Sunday 31st January 2021 that twenty-eight more persons have died from the novel coronavirus as the country recorded 797 new infections as of January 27.

This brings the death toll to 405 and 4,665 active cases, according to the Ghana Health Service (GHS).

From the figures above, it puts the mortality rate of those affected by the disease at about 0.61%, meaning that at the current rate, of all those affected, less than one percent (1%) are likely to demise from the disease.  That number, averagely, will die, but the curve is becoming steeper, which means that the average deaths is likely to increase compared to the number of infections.

Looking at the number of deaths worldwide, in the United States and in Ghana, and even using just the figures from Ghana (405 deaths as at Sunday), I would be absolutely right to say that a mass murderer is on the loose.

What is mass murder? Mass murder is the act of murdering a number of people, typically simultaneously or over a relatively short period of time and in close geographic proximity. The Federal Bureau of Investigations (FBI) defines mass murder as murdering four or more people during an event with no “cooling-off period” between the murders. A mass murder typically occurs in a single location where one or more people kill several others. Any person who takes part in such mass killing is a mass murderer.

Obviously, you would be right when you say that that killer is Covid-19. You would be right, but you would not be quite accurate. Because whilst the killer is Covid-19, the thing, the being that is carrying this killer around, and actively spreading it to all around and to all-comers, is you and I. In a very real sense, like people carrying guns, we are going from place to place, with guns, killing people.

According to the Ghana Health Service, wherever and whenever two or more people meet or gather, there is a very real possibility of people killing each other with Covid-19 infections.

Yes, these gatherings are under strict Covid-19 protocols, but even if just one person infected with Covid-19 is able to enter such gatherings, the possibility that he will infect many others is quite high, dangerously high. That person, with Covid-19, is a mass murderer, in a very real sense. He is there to kill each and every other person in the church. In that sense, since we cannot identify by sight which of us is the potential killer, we are all potentially killers. And the things we kill are people, precious human beigs. The Bible says at Psalms 139:13-14 (NIV); “For you created my inmost being; you knit me together in my mother’s womb. I praise you because I am fearfullyand wonderfully made; your works are wonderful, I know that full well.”

Life is precious, says the word of God. I ask; if we were certain, that a killer with a gun will be coming to church on Sunday, with the mission to spread a few bullets at high velocity, whether we will go to church that day? Would the pastor allow us to come to church?

Even though the New Testament came to preach forgiveness, the Bible has been very consistent on the sanctity of life, and clear on the sanctions to be imposed on those who put life at risk.

The Bible says; at Genesis 9:5; “And surely I will require the life of any man or beast by whose hand your lifeblood is shed. I will demand an accounting from anyone who takes the life of his fellow man.”
Again, Genesis 9:6 states; “Whoever sheds the blood of man, by man his blood will be shed; for in His own image God has made mankind.”
Exodus 21:12; “Whoever strikes and kills a man must surely be put to death.”
Exodus 23:7; “Do not kill the innocent or the just, for I will not acquit the guilty.”
Leviticus 24:17; “And if a man takes the life of anyone else, he must surely be put to death.”

I say therefore onto our men and women of God,that the word of God,at Exodus 15:26 (New International Version), says; “If you listen carefully to the Lord your God and do WHAT IS RIGHT in his eyes, if you pay attention to his commands and keep all his decrees, I will not bring on you any of the diseases I brought on the Egyptians, for I am the Lord, who heals you.”

Proverbs 10:27-32 (King James Version) further says; “The fear of the Lord prolongeth days: but the years of the wicked shall be shortened.”

Deuteronomy 30:19 adds; “This day I call the heavens and the earth as witnesses against you that I have set before you life and death, blessings and curses. Now choose life, so that you and your children may live.”

In short, I call on churches and mosques in Ghana to voluntarily shut down their places of worship, where people gather, so that we can take a further step to stop this mass murderer dead in his tracks.