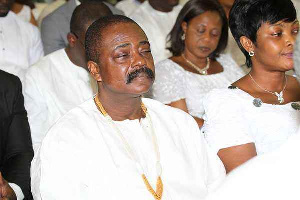 The cause of the death remains unclear but rumours say its covid-19.

It gave rise to personalities like Kwame Sefa Kayi, Mickey Osei Berko among others.

Radio Gold which is a pro-NDC station in 2019 was shut down by the National Communications Authority.

ALSO READ  Rotary Club of Obuasi supports communities in Adansi area
AMA GHANA is not responsible for the reportage or opinions of contributors published on the website.