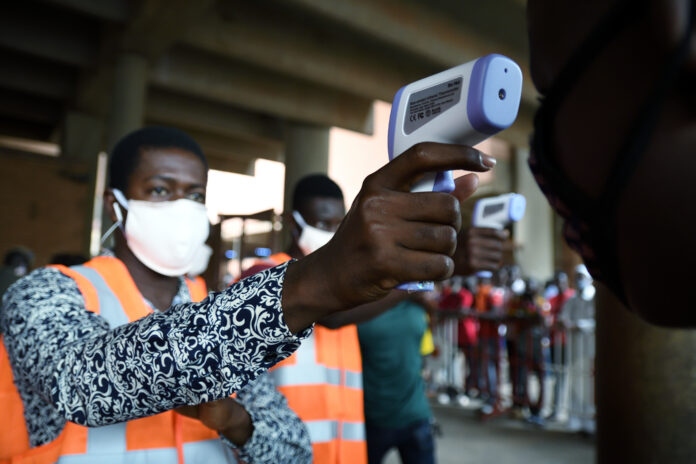 With the South African government’s vaccination rollout plan delivered to the public in early January, the last few weeks have seen a flood of scrutiny and reservation from the private sector, opposition parties, and the general public at large.

Described countless times as ‘overly ambitious’, the target of vaccinating 40 million South Africans (said to be 67% of the population) before the end of 2021 has put into question the state’s ability to fund this critical endeavour.

CEO of medical aid scheme Profmed, Craig Comrie, says that vaccines are critical to our fight to save lives but he expressed concern over the idea that private medical schemes should be required to fund double the cost of their members’ vaccinations by also funding the dose of an uninsured South African for every member they vaccinate.

Comrie believes that there must be a better way to create funding through a more voluntary process similar to the Social Solidarity Fund that was established to cover the PPE and testing initiatives. The expectation that schemes’ reserves that belong to members should fund non-scheme members is in fact outside the legal and ethical decision-making powers that medical schemes can make.

“This is an overwhelming obligation and expectation that creates huge questions around why the Department of Health would target scheme reserves in this way. There are many other businesses with reserves who have not been approached with the same magnitude of responsibility. The private business sector will benefit equally if the broader population can be vaccinated. We haven’t yet agreed to this arrangement and will be reluctant to do so without a clear undertaking of how medical scheme members will get guaranteed access to vaccines sooner rather than later” said Comrie. “

While we are looking to see how we can help the funding processes for the public sector, we simply cannot volunteer our funds as this belongs to our members. The current funding estimations indicate that, effectively, the request by the Minister of Health is for medical schemes to pay upfront, more than half of the total costs of the vaccines while business and national treasury pay for less than 45% of the vaccines. The numbers indicate that of the 60 million South Africans, the target is to vaccinate 67% of the population, which results in around 40 million people. Children are then excluded from this number and then the target reduces to 27.5 million. The initial costs effectively have medical schemes paying R6.8 billion of the overall estimated R12.1 billion total cost.”

As a Chartered Accountant by training and having worked in the health sector for over two decades, the estimates and unequal funding expectations are concerning. There seems to be an ongoing effort to target medical scheme member reserves. There is no doubt that the medical schemes reserves were boosted in 2020 due to fewer people accessing hospital and other treatment because of Covid 19 fears of infection. This does not mean that these reserves are not owned by medical scheme members and Comrie likens this to individual savings accounts in banks being effectively nationalised because they have not been spent. .

There are a number of suggested mechanisms which could support vaccine funding. The widely suggested Single Exit Pricing (SEP) mechanism, where the actual cost of the vaccines is doubled or tripled to create surplus funds in government to fund uninsured people, remains unethical as it effectively strips reserves from medical scheme members paid for by their contributions. A voluntary process where members contribute to a Solidarity Fund or even where members can exercise a vote on how much reserves they are willing to donate to the Solidarity Fund is far more palatable.

“Medical Schemes are already committed to cover R3.4bn worth of vaccines for all scheme members. Add another R3.4bn to fund vaccinations for non-members will still mean than some medical schemes may struggle to fund future healthcare costs. We have advice that, with the rise of several Covid-19 variants, annual vaccines may be required, which will place significant strain on medical schemes in the future. Medical schemes will need to hold reserves to cater for these future uncertainties,” says Comrie.

Instead, Comrie hopes the government opts for a more democratic approach that does not end with forced donations through regulatory pressure. Instead, he suggested that medical aid members, businesses, and citizens across the country are given the opportunity to donate to the solidarity fund to support the vaccination drive of their own free will.

“We live in a free and democratic country and we should be allowed to donate to support this process if we choose to. Not every scheme can afford to double their spending or expect their members to cover that cost. In terms of basic social solidarity principles, a call for voluntary donations could see a flood of donations similar to what we saw when the solidarity fund was founded, if not more,” said Comrie.

If, however, South Africa is to venture into regulated and mandatory donations, then Comrie suggested that the remaining funding should come from tax, which is already the established and fairer manner to cross-subsidize national interests. A more equitable funding approach is a balance between voluntary donations and taxes.

Beyond that, Comrie said many schemes may not be in a position to fund additional vaccines due to their financial position or solvency levels. A real effort must be made to keep the vaccine cost at the lowest possible cost, unencumbered by artificial inflation that will entrench opportunistic profiteering in a consolidated government procurement and rollout strategy.

“We are all in this together and I can only hope that the ambitious vaccination plan is achieved. As a private medical scheme, I can tell you that we will do everything in our power to contribute to this rollout constructively, but we only exist because of our members and they will always come first,” said Comrie.

Issued by MSL South Africa on behalf of Profmed