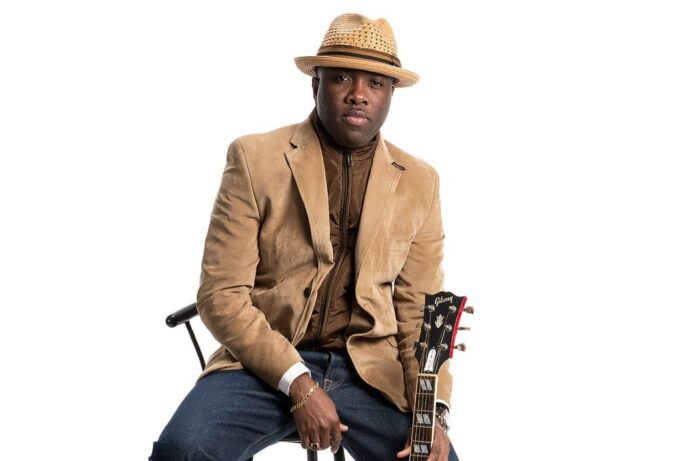 Multiple award-winning Presenter Mickey Darling has endorsed Nana Kottens’ Mama Don’t Give Up single” which is currently reverberating in all corners of the city.

His endorsement of the music comes at a time when the music is enjoying several air plays across the continent and beyond.

In Ghana, which is the home country of the Artiste, the mama don’t give up song has received a tumultuous exposure as a result of air play and plays at ceremonial occasions making it one of the few singles to have ever chalked that feat.

Mickey Darling’s love for the music was occasioned by just a one- time listen to the track whereupon he nodded his head throughout as the music played and consequently gave a thumbs up saying “this is a hit song and touching”.

“You know often times I may have to listen to the song several times to be able to get along with it before I start playing it but this song is well composed and well done. Kudos to the guy”, the celebrated Presenter said.

“And because of the impact I mean the objective of the song as you said it’s a campaign against addiction, so I’m going to give to other DJs to play it” the revered Peace fm Presenter added.

Other DJs and Presenters who have equally endorsed mama don’t give include DJ Andy Dosty of Hits fm, DJ Black of Joy fm, Kwame B and Eddy Ray both of Kasapa fm among others.

The Mama Don’t Give Up single is a global campaign against drug addiction and opioid syndrome which is a major issue in the U.S and other Continents. As a U.S. Public Health Service Officer, Nana Kottens, born Lewis Nana Kofi Antwi has been on the front lines of that battle. As a professional Artist and co-founder of Sound Lion Records, Nana Kottens is in a unique position to bring attention to the issue by way of his music.

Originally released on March 27, 2020, the “Mama Don’t Give Up” song aims at sensitizing the masses on drug addiction and to appreciate the dangers associated with addiction and opioid.

In an exclusive interview with senaradioonline.com, Nana Kottens said “I’m a social worker and I get out and educate people on opioids and other drugs,”.

“As much as we help people, we often don’t pay much attention to family support. This song is an attempt to raise awareness for that support system – to raise awareness of addiction and its effects on individuals and families. It’s also a way to shed a little bit of light on the stigmatization of addiction. A lot of people are striving for a better life away from addiction, but they aren’t likely to share that struggle because of society’s stigmatization of addiction”, Nana Kottens emphasized.

Nana Kottens has to his credit another banger “Odo” which has been released and currently enjoining airplay in Ghana and beyond.

Interspersed with unique voice coupled with mellifluous romantic rhythm, Odo is expected to hit the apogee.