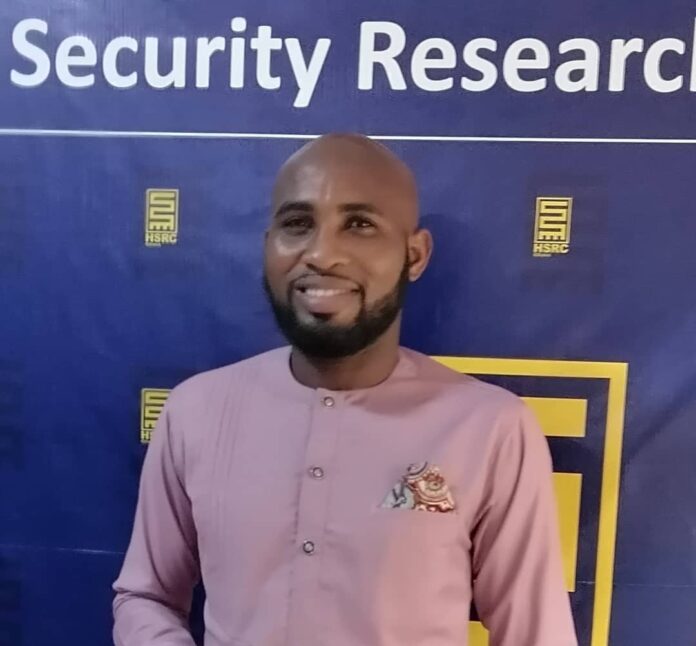 National security, like any other social science concept, is very fluid and has no precise definition. Combing through a swath of definitions, one is gravitated towards the definition provided by Harold Brown as that captures the salient elements of national security.

According to Brown, National security is “…the ability to preserve the nation’s physical integrity and territory; to maintain its economic relations with the rest of the world on reasonable terms; to preserve its nature, institution, and governance from disruption from outside; and to control its borders.” (Harold Brown, U.S. Secretary of Defence, 1977–1981).

In practice, however, national security appears to have no conceptual boundary as long as threats, both external and internal are concerned. This allows for so much discretion on the part of governments in defining what constitutes national security. In essence, national security concerns become what governments say they are. The fundamental and undisputed function of national security, however, is the protection of citizens.
Regime security on the other hand, unlike national security, is a fairly new concept that has not been subjected to much scholarly scrutiny. It merely receives mention in political commentaries, as a criticism of the inclination on the part of the ruling elites to deploy public resources and engage in actions considered antithetical to democratic ethos, with the objective of eliminating real and perceived threats to their rule among other things. This practice, arguably, is instinctual on the part of leaders as admonished by Nicolo Machiavelli and evidence of it can be found in both democratic and authoritarian regimes.
Given this backdrop, protection of the regime, expressed in regime security is always as important as the national security to the ruling elites. However, unlike national security which is priced on the protection of all citizens, regime security is discriminatory, designed to serve the interest of the ruling elites and their support base within the state. In pursuing regime security, citizens (sometimes constituted into political parties, CSOs or advocacy groups and perceived as opposing the ruling government) become the primary and immediate targets or victims. Because of the absence of any conceptual boundary as noted above, national security is often cited as an excuse to silence or eliminate individuals and groups considered as actual or potential threat to the regime. Under this guise, fundamental human rights and other forms of political freedoms such as the right of assembly, freedom of speech among others are sometimes sacrificed in the name of national security. Governments have perpetuated all manner of violations and in extreme cases heinous crimes against their own citizens ostensibly to safe-guard national security. Events in Libya in 2011 and recent events in Syria, Uganda, Ivory Coast and Nigeria are illustrative of this fact.
The involvement of the military before, during and after the 2020 presidential and parliamentary elections in Ghana raise very thorny questions regarding the emphasis on regime security and to an extent, over national security. Though on the basis of providing protection and ensuring public order, the recent involvement of the military resulted in what some commentators described as gross human rights violations including the killing of eight (8) unarmed civilians among whom is a child of 14years old. The involvement of the military reached its crescendo when they invaded the chamber of parliament ostensibly to instil discipline at a time member of parliament-elect had convened to elect a speaker and to be sworn-in in accordance with law.
All the militaristic events during the elections, sometimes in flagrant violations of individual human rights, could not have happened without clear instructions. In Ghana, the military do not act on their own unless instructed. And the 1992 constitution of the republic of Ghana spells out the authority of the Ghana Armed Forces and who has control over the military. Article 57(1) for instance, specifically states that, the President of the Republic of Ghana is the Commander-In-Chief of the Ghana Armed Forces. Again, article 212 (2) of the constitution reads; “The president may, acting in accordance with the advice of the Armed Forces Council appoint officers of the Armed Forces who shall be given such command as the Armed Forces Council shall determine”. To further illustrate the command-and-control structure, the Armed Forces Council is chaired by the vice President of the republic and composed of the ministers of defence, foreign affairs and interior, the Chief of Defence Staff, The Service Chiefs and two others all appointed by the President in consultation with the council of state and a warrant officer or its equivalent in the Ghana Armed Forces (Article 211 (a-d)).
These provisions in the constitution proves quite clearly, that, the actions of the military, in the manner witnessed during the 2020 elections was fully underwritten by the ruling elite or properly so-called, the government. The minimalist justification, though still linked to safeguarding national security is the maintenance of public order, a task traditionally reserved for the police. This excuse was the most frequently cited, especially by the police to expressly ban peaceful protests by opposition parties and other groups within the capital, Accra and in several other constituencies within the country as witnessed in the period post-elections.
Guided by political history, no government in the fourth republic and even before that, can stand unimpeached when put to this test. Whereas the 2020 election comes as the proximate illustration of the prioritization of regime security over national security, variants of the abuse of incumbency and the unhealthy use of the security agencies during elections to perpetuate governments’ hold on power is a common albeit disturbing feature that has characterised all elections in the country since independence. Virtually every government under the fourth republic and before its advent, is guilty of the politicization of the country’s security agencies and the attempt to use same to stamp out any opposition to their rule ostensibly to safe-guard national security.
What happened during the 2020 elections can be described as a smoking gun, masking the political practice where national security is made subordinate to regime security and the protection of power even at the expense of the protection of human lives which is at the heart of national security.
To cure this political menace, especially the use of the military in public elections in manner discussed so far, the first step is to amend sections of the 1992 constitution which gives so much control and power to the executive arm of government over the Ghana Armed Forces. This will allow for the much-needed exercise of independence and military professionalism in serving the national interest and national security objectives above regime security.

Note: The author is a 3rd Year Ph.D. candidate at the University of Ghana,
Department of Political Science and
a research fellow at the
Human Security Research Centre, Ghana (HSRC-Gh).
Email: alhassankamil88@gmail.com