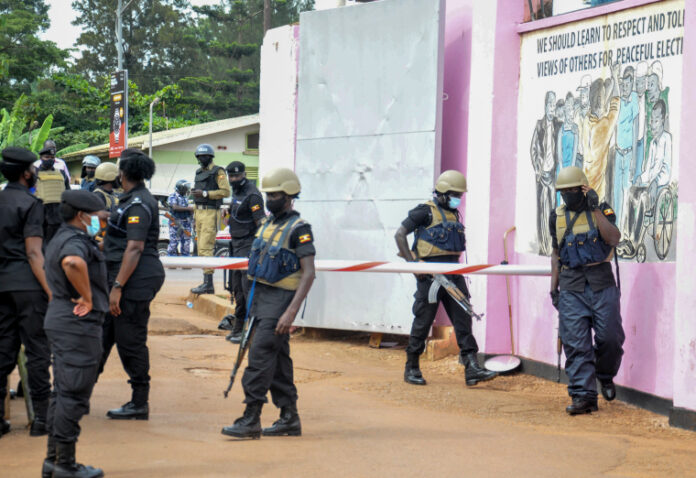 “These Walls Have Ears” – The Chilling Effect of Surveillance in South Sudan” presents new evidence of the South Sudanese authorities’ surveillance capabilities, and also highlights the role played by telecommunication and surveillance companies who enable the interception of phone calls without adequate legal safeguards.

For example, Amnesty International discovered documents that show an Israeli company, Verint Systems Ltd., supplied communications interception technology to the South Sudanese government at least between 2015 – 2017, despite the high risk that the equipment could contribute to human rights violations.

“Unchecked and unlawful surveillance by the NSS is having a chilling effect on civil society and peaceful activism. The threat of surveillance is a weapon in itself – government critics and human rights activists told us they live in constant fear of being spied on,” said Deprose Muchena, Amnesty International’s Director for East and Southern Africa.

“Despite this, many courageous South Sudanese activists continue to stand up for their and others’ rights, braving surveillance, intimidation and harassment. It is time for the South Sudanese authorities to halt the unlawful practices of the NSS and enable people to exercise their freedom of expression without fear of reprisals.”

Since South Sudan’s independence in July 2011, freedom of expression has been severely restricted, and the country is considered by the United Nations Commission on Human Rights in South Sudan as one of the most dangerous places in the world to be a journalist. The government, primarily through the NSS, uses intimidation, harassment, arbitrary arrests, prolonged detention, torture, and other ill-treatment, enforced disappearances and extra-judicial killings to silence government critics, human rights activists and journalists.

ALSO READ  74% of employees in South Africa say that robots should be more widely used in production, but fear robot hacking

During a two-year investigation, 63 people, including South Sudanese activists, journalists and lawyers, shared their experiences and knowledge of physical and communications surveillance in South Sudan with Amnesty International.

The real and perceived surveillance threat of the NSS, coupled with systematic harassment, is having a chilling effect on civil society and people described living in constant fear. One activist told Amnesty International: “I think physically it is really draining to continuously be worried about what will happen to you, or to your family and that disturbs you mentally.”

Most activists said that the surveillance, harassment and looming risk of arbitrary arrest, detention and possible death does not stop them from speaking out, but that they carefully measure and regulate what they say, where they say it and to whom. One activist said, “You cannot speak without thinking twice.”

The NSS deploys agents throughout South Sudan and neighbouring countries, penetrating all levels of society and daily life. NSS approval is required to hold public events, suffocating genuine dialogue. Credible and consistent accounts from multiple sources demonstrate that intelligence agents have infiltrated NGOs, the media, private sector security companies and hotels. The depth and breadth of the NSS’s spy network creates an environment that infringes on freedom of opinion, expression and privacy.

Almost all the activists that Amnesty International interviewed are worried about surveillance and avoid talking about sensitive topics over the phone, preferring to talk in person or through encrypted apps. Tapped telephone conversations have been presented as evidence in court, and at least one high profile case was thrown out by the judges on grounds that the recordings were illegally obtained and violated the right to privacy. NSS agents have also recounted telephone conversations to detainees in interrogations, and recordings appear to have provided leads for arbitrary arrests.

Abdalah (pseudonym), a South Sudanese human rights defender, told Amnesty International that in August 2018, before he was arbitrarily arrested, an NSS officer called him and recounted a telephone conversation Abdalah had with a staff member of an international organization about the threats he was facing. Abdalah believes the NSS could not have known the contents of the phone call without tapping his phone.

Dual use technology can serve a legitimate purpose like ensuring that telecommunication networks are accessible, provide quality services to clients and billing monitoring, but can also be used for unlawful government surveillance.

A former employee of telecoms company MTN South Sudan told Amnesty International that, in 2013, the NSS, through an Israeli company, installed a ‘box’ at their company. ‘Box’ installations could be how the government, including the NSS, gains direct access to data from service providers.

The ex-Vivacell employee said that the South Sudanese government required all telecommunication companies operational in South Sudan to pay Verint Systems Ltd, the Israeli subsidiary of US Verint Systems Inc. for this equipment and annual service provision.

Amnesty International wrote to all the companies regarding the findings and only received a response from MTN Group, which stated that South Sudanese authorities and laws require telecommunications companies “to cater for legal interception” and explaining that MTN does not operate the system.

“South Sudanese authorities must rein in the NSS and put an end to the security service’s practice of operating outside the law. The intimidation, harassment, arbitrary arrest and illegal detention of government critics must end.”

Amnesty International is calling on the South Sudanese government to stop the use of surveillance until a proper human rights regulatory framework is in place and to urgently conduct independent investigations into cases of unlawful surveillance and other human rights violations to hold those responsible to account.

World Cup 2022: All set for Kick Off today in Qatar