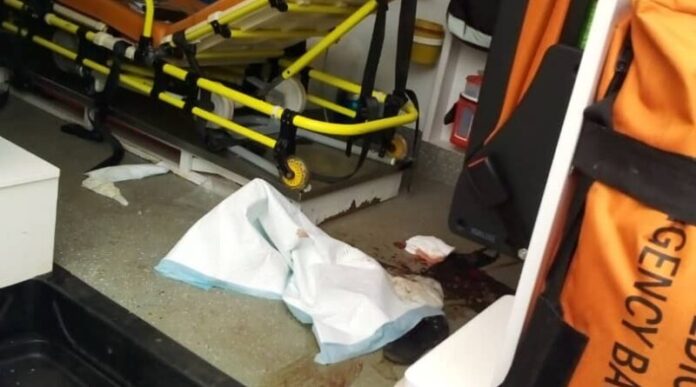 Armed robbers at dawn attacked an ambulance that was referring a woman in labour from the Akuse Government Hospital to the Eastern Regional Hospital in Koforidua.

Information available to First News has it that the incident happened this dawn between Somanya-Adukrom Akuapem road in the Eastern Region.

The driver of the ambulance who was shot in the head was rushed to the Tetteh Quarshie Memorial Hospital at Mampong-Akuapem. He been transferred to the Korle Bu Teaching Hospital for further attention.

The Acting Eastern Regional Public Relations Officer of the Ghana Police Service, Sergeant Francis Gomado who confirmed the incident noted that no one has been arrested so far.

ALSO READ  Gov't admonished to provide funding to boost proper waste management
AMA GHANA is not responsible for the reportage or opinions of contributors published on the website.