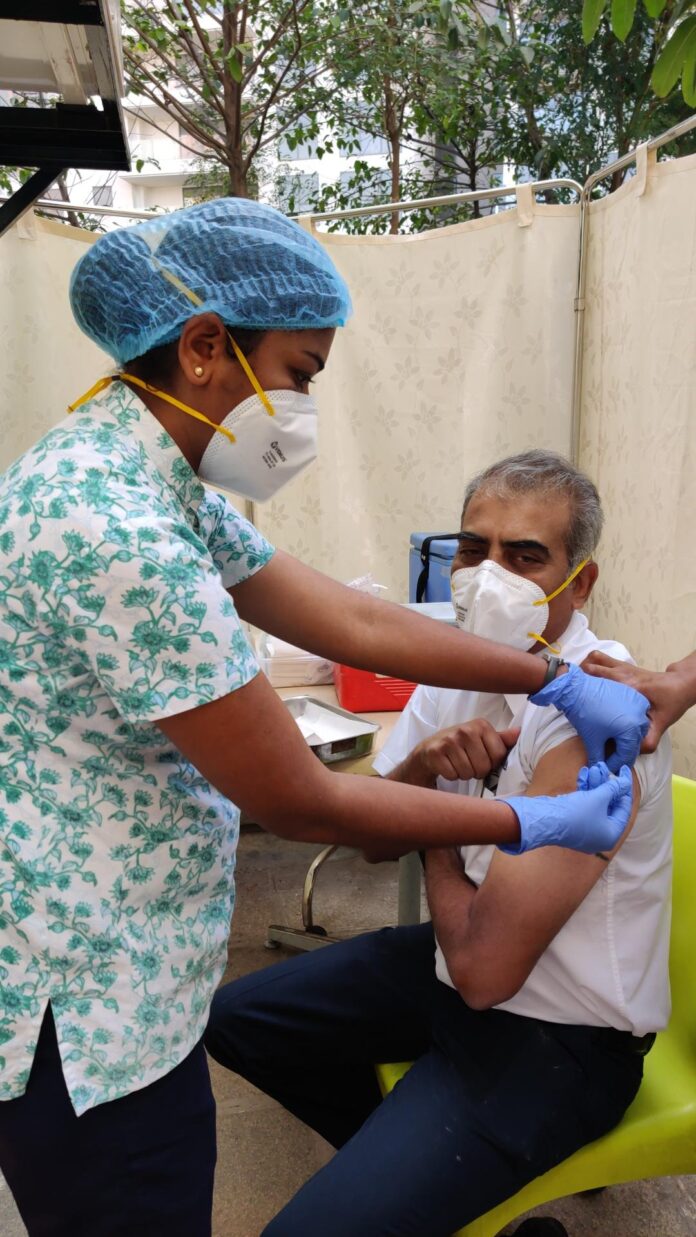 This week, The Biden administration announced the investment of $230 million in at-home coronavirus testing kits, to identify cases of the virus across the country to break chains of transmission and prevent new strains from disrupting communities and workplaces.

Following on from UK Prime Minister Boris Johnson’s quoted £7bn mass testing “Moonshot” programme where the government are deploying over £1.2bn’s worth of rapid lateral flow antigen tests to identify asymptomatic cases in communities and workplaces.

In what many believe was a game-changer in preventing lockdowns across the world, in the UK, community, and workplace lateral flow rapid test kits (LFTs) have been mobilised now for door-to-door delivery – the UK government has secured more than 400 million of these kits – for its “Test to Suppress” strategy as well as to address fears that the South African variant had broken out in areas of the country.

Many other countries, including Canada, Japan, France, Hungary as well as industries are now adopting this regular rapid testing strategy. Rapid mass testing is also under consideration as an accelerated public health strategy for Africa with frequent weekly testing in communities and workplaces alongside social distancing, hand-washing, mask-wearing, and vaccinations.

The World Nano Foundation and scientific leaders say regular use of inexpensive mass lateral flow rapid antigen test kits is the way to beat COVID-19, its variants, and future viruses. Governments and politicians are now reducing the spread of the virus and ensuring a quicker return to normality for their electorate and themselves by adopting a mass testing approach to pinpoint hotspots, thus targeting areas, and preventing wide-scale restrictions.

As vaccination quickens for vulnerable members of society, the next prize is to get the world’s economies moving, with mass frequent testing as the key, using the mantra ‘test to suppress’, and as an early warning system to protect against new strains and future outbreaks. By using mass rapid testing, it can be identified where there are infectious cases and ensure that the virus is not passed on, breaking chains of transmission and allowing non-infected communities to continue without disruption.

These simple-to-manufacture rapid tests have shown a thousand-fold increase in the effectiveness and accuracy of testing with this technology. The kits can produce a positive result even when there are fewer antigens to the virus in the sample – vital for finding asymptomatic individuals and ‘super-spreaders’.

Innova Medical – the world’s largest manufacturer of rapid lateral flow antigen tests is ramping up to 50 million a day by the spring – has also confirmed that its COVID-19 product is effective in detecting variant strains such as the British (Kent), South African, and Brazilian variants, which appear more contagious than the earlier strains.

“As these dangerous strains show signs of increased transmissibility across communities, the global effort to eliminate COVID-19 requires frequent, comprehensive and equitable testing that can detect these emerging strains,” said Daniel Elliott, President and CEO of Innova Medical Group.

Elliot added that numerous studies have shown that rapid antigen tests are an important tool for identifying infectious people quickly and equitably, even when they may not have COVID-19 symptoms, in ways not possible with slower, more expensive, centralised lab-based tests.

He said the virus continues to morph its genetic ribonucleic acid (RNA) to generate new and potentially more contagious variants, but Innova’s antigen test is effective because it looks for multiple proteins in the virus.

Workplace and community rapid mass testing is already starting to take place to keep economies moving and the entertainment and sports industries are said to be looking at a ‘day pass’ testing approach using LFT kits, in the same way that temperature checks were made on people using restaurants and pubs between lockdowns.

A trial is already under way in France using a music theatre to give day pass security so that people can start attending mass events again.

“We’ve seen it (rapid mass testing) used in many different locations, for example in trying to keep aircraft free of people who’ve got COVID or looking after major events.”

Globally renowned British doctors’ journal, The Lancet, backed this approach after publishing an exhaustive study of quarantine and testing measures, and leading UK scientists and clinical experts have added their weight.

Oxford’s Regius Professor of Medicine, Sir John Bell underlined the benefit of these tests removing infectious people from high-risk environments: “They’ve found 25,000 cases just in healthcare, which may have prevented tens of thousands of cases of the disease.”

“PCR is very good at telling you’ve had the virus or got the virus, but it doesn’t tell you whether you are infectious or not and the other problem about the swab test is that it takes a day or two…to get the answer back. The LFT has the enormous advantage of giving you an answer in about 30 minutes.”

He said this allows immediate self-isolation and individuals can also quickly advise their contacts so, “within a few hours, a local outbreak can be detected. This can’t be done with the swab (PCR) tests” adding that LFTs “detect people with high viral loads…the very people who are infectious.”

“Our own COVIDlytics™ modelling shows that an intensive front line ‘Test to Suppress’ campaign using rapid test kits available to the individual will allow early detection and immediate isolation, reducing the need for lockdowns.

“And our simulation maps how consecutive daily tests for three days can rapidly identify and isolate infectious people. Weekly testing can then sustain a low infection rate even in a large population.

“A key point previously missed by some experts is that high quality rapid lateral flow tests are not for people who already think they have COVID-19; it’s about everyone else testing frequently to check they are not infectious.

“Used alongside vaccines and other preventative methods, these simple tests have been developed from colloidal gold nanoparticle research and are a vital component in the battle to defeat the virus and it’s future variants.

“Rapid community testing is simpler, faster, cheaper, more effective and mobilises everyone to help themselves, their relatives, friends, and colleagues, to keep everyone safe.

ALSO READ  Let the institutions work: Public office holders must declare assets during and after their office

“As West Africa reeled under the impact of Ebola (2014-16) the world watched with bated breath to see if the ‘beast’ would go global, but frequent mass rapid testing was deployed at community level multiple times over a few weeks stopping that terrible disease in its tracks.

“With the work that we do, we know that there are even more exciting technologies on the way that will be central to the world’s fight for pandemic protection and future healthcare.

“We have already seen the danger from not being on our guard against renewed viral threats. Spanish Flu struck in 1918, killing up to 50 million people in four waves, the last two being most deadly because public health warnings were not adhered to.”

This means that there will be a revolution in healthcare in the coming years. Healthcare investment is forecast to grow at a rate of nearly 50% a year towards a market set to be worth $1.333 trillion by 2027*. The acceleration highlights wide recognition that the world cannot afford the human and economic cost of another pandemic.

One international investment platform is a Pandemic Protection alternative investment fund operated by Vector Innovation Fund in Luxembourg focused on limiting the effect of long form Covid-19, insulating the world against the impact of future pandemics, whilst minimising any impact on the global economy and healthcare provision and preparedness.

The World Nano Foundation is a not-for-profit membership organisation with 75,000 subscribers and users in 40 countries working on international commercialisation of nanoscale technologies in 16 industry sectors and collaborates with a wide variety of partners, maximising support and funding bringing advanced technology to the world and commerce. This is supported by many industry and academic groups developing and creating a legacy for nanotechnology innovation.