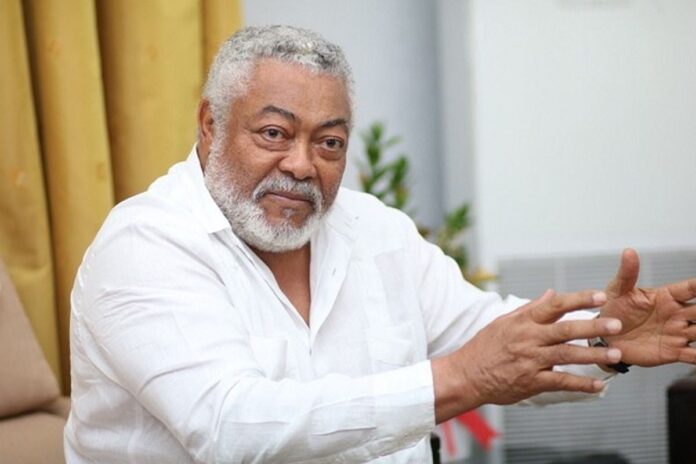 The PNC has noted with concern some news reports in the mainstream and social media being attributed to Dr. Kwasi Jonah with the above caption.

It is the understanding of the PNC that Dr. Kwesi Jonah in an interview on Citi TV and Citi FM expressed some views which alluded to the fact that the late Jerry John Rawlings’ decision to overthrow the Hilla Liman-led PNP government in 1981 after only twenty-seven months in office was justifiable.

We find this assertion preposterous, ill-motivated, and a betrayal of the academic training and background of Dr. Kwesi Jonah who is widely held as a political and governance expert who has been a fellow of the Institute for Democratic Governance for several years.

There is no gainsaying that nothing justifies the parochial and selfish interest of any person or group of persons to overthrow a constitutionally – elected government no matter how incompetent or under-performing that particular government is perceived to be.

After only twenty-seven months in office, the Hilla Liman-led government had put the country of Ghana back on a path of a progressive and constitutional order with the restoration of the fundamental rights and freedoms for the people of Ghana. The opening up of the country to several bilateral and multilateral engagements with the rest of the world had put the country back on track towards prosperity.

It, therefore, beats our imagination and all other well-meaning Ghanaians that an academic like DR Kwesi Jonah would make such a sweeping statement which ordinarily should be reserved for pedestrian party footsoldiers. It is not for nothing that in the aftermath of the heinous military takeover by JJ RAWLINGS, not a single member of the PNP government was found guilty of stealing, misappropriation, misapplication as far as their tenure in office was concerned.

The PNC is compelled to implore Dr Jonah to substantiate this statement with the basis for the justification or issue an unqualified apology to the late former President Hilla Liman and the PNP government. We expect Dr Kwesi Jonah to do the honourable to redeem his sunken image.