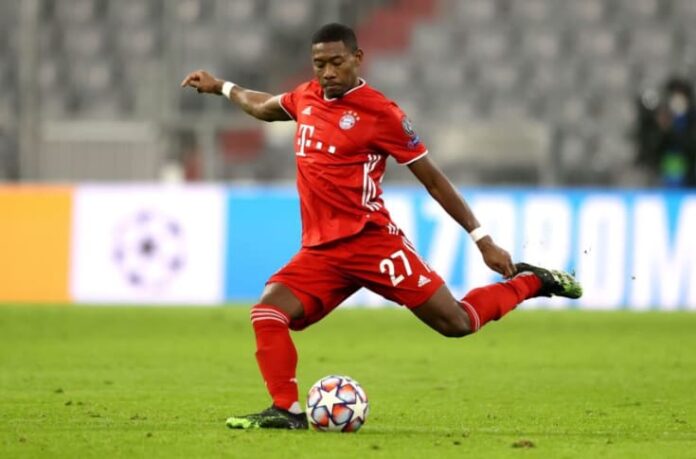 Bayern Munich are set to wave goodbye to the long-serving Austrian defender when his contract expires in the summer.

New boss Thomas Tuchel is reportedly looking to improve his defence despite keeping clean sheets in each of his first three games in charge.

The German has opted for experience so far with Marcos Alonso and Cesar Azpilicueta returned to the team alongside Thiago Silva.

A versatile defender who started out as a midfielder, Alaba would fit into a number of positions in Tuchel’s 3-4-1-2.

But Spanish media believe a free transfer to Real Madrid is done and dusted.

ALSO READ  FINALLY: Hearts of Oak ends 12 years GPL title drought
AMA GHANA is not responsible for the reportage or opinions of contributors published on the website.

SuperSport renews UEFA football rights: Europa is back to DStv and GOtv

Nana Oforiatta Ayim Honoured; Recognised as ‘Woman Of The Year In...

Nana Oforiatta Ayim Honoured; Recognised as ‘Woman Of The Year In...