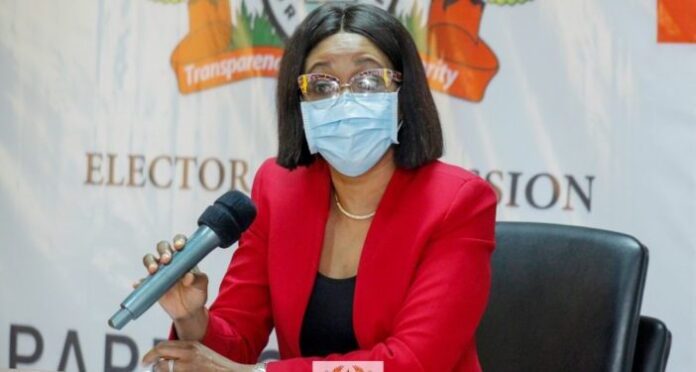 Lead Counsel for the Petitioner in the ongoing Presidential Election Petition at the Supreme Court is praying the apex court that justice would be best served if the Chairperson of the Electoral Commission is made to mount the witness box for cross-examination.

Mr Tsikata making his legal submission on indications from the respondents that they will not be calling witnesses after the Petitioner had closed his case said the matter before the court is not a normal civil trial but rather an election petition with different characteristics.

Mr Tsikata argued that what the clear interest of justice requires is not for the Chairperson of the EC to evade cross-examination.

The Supreme Court heard legal arguments from parties involved in the 2020 Election Petition on whether the chairperson person of the Electoral Commission (EC) Jean Mensa will give evidence or not.

On Monday, after the Petitioner John Dramani Mahama had closed his case after calling three witnesses, lawyer of the EC said they intend not to call any witness.

Lawyers of the 1st Respondent, Justin Amenuvor, said the Petitioner has not made any case as far as the petition is concerned and therefore wish to wave the rights to call any witness, even though Jean Mensa, Chairperson of the EC, had had a witness statement filed on her behalf.

Akoto Ampaw, counsel for the 2nd Respondent also argued that the witness Statement filed has not been tendered and will not be relied on.

ALSO READ  Transport challenges: Ghana considering Electric Cars for public transport
AMA GHANA is not responsible for the reportage or opinions of contributors published on the website.