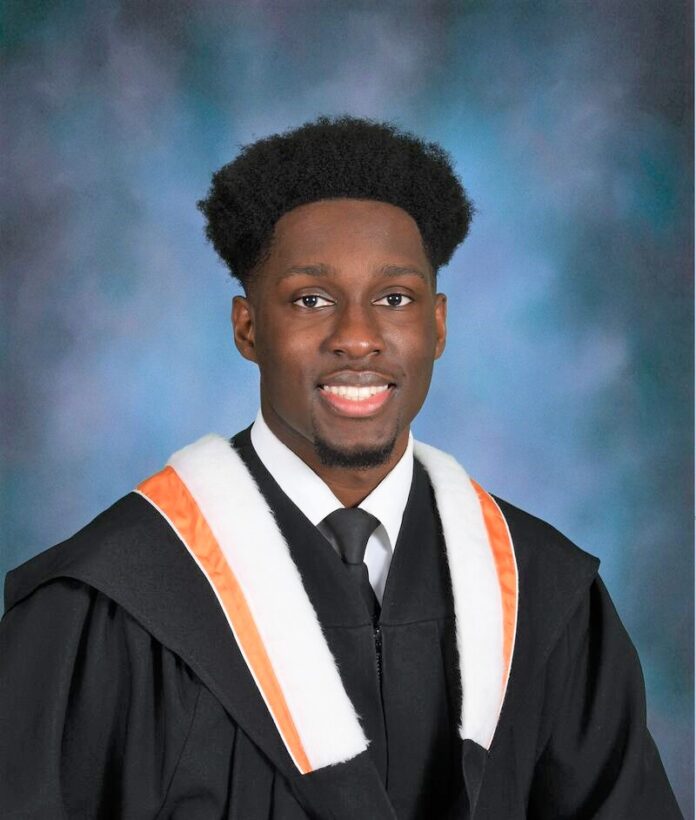 By Stephen A. Quaye

The Toronto Police have arrested three men and a woman as suspects who killed Ghanaian-Canadian Michael Oppong Berchie 23, in Toronto on February 8, 221.

This was contained in a news release issued and signed by Constable Jenifferjit Sidhu, corporate communications for detective Leslie Dunkley of the Toronto Homicide Unit, and posted on its public website on February 16, 2021.

Toronto Police said the three suspects Kevon Shemar Foo 24, Day Juan Francis 21, and Jasanthan Kandiah, 21 all from the City of Toronto were arrested on February 13, 2021.

All three suspects were charged with first-degree murder, attempt to murder, and discharge of a firearm with intent and they appeared in court at Old City Hall on Sunday, February 14, 2021.

According to the Toronto Police, as a result of these arrests, search warrants were executed at various locations including one on Sunday, February 14, 2021, at a residence in the Kipling Avenue and Steeles Avenue West area.

Michael Oppong Berchie 23, Ghanaian-Canadian was shot and killed on February 8, 2021, around 9:47 p.m. at Lawrence Avenue West and Sage Avenue area in Toronto.

The Toronto Police said it responded to a radio call for the sound of gunshots in the aforementioned community in the city.

According, two people were in a vehicle one of them a man, suffered gunshot wounds and when he was transported to the trauma center he was pronounced deceased.

Eyewitnesses told Toronto Police officers that multiple gunshots were heard and a vehicle was seen leaving the scene at a high rate of speed and the deceased was later identified as Michael Oppong Berchie from the city of Brampton.

“Two suspects described as being in all dark clothing were observed fleeing the scene in the suspect vehicle, which was described as a light-colored four-door compact SUV.

“It was later seen travelling westbound Lawrence Avenue West and southbound Dufferin Street” the Toronto Police disclosed as it appeals to the general public as resulted in the arrest of the four suspects and the seizure of firearms and ammunition over the weekend.