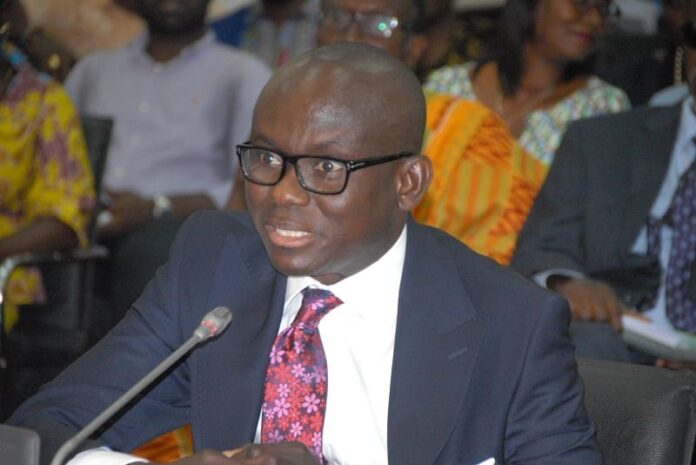 The hot coals in the shoes of Attorney-General and Minister of Justice-designate Godfred Yeboah Dame don’t seem to be quenching anytime soon as he has been alleged to have lied to the Appointments Committee (AC).

One of the many petitioners to the AC on the misconduct of Mr. Yeboah Dame, Madam Freda Darko says the minister-designate lied to the Committee and must be sanctioned for perjury.

In a new petition to the Committee which has been copied to this network, Madam Darko drew the attention of the Committee to four main areas that expose the minister-designate for possible sanctions.

According to the petitioner, Mr. Yeboah Dame admitted in an order made by the court on 11th November 2010 that Madam Darko was not a party to the suit, but boldly lied to the Appointment Committee that he sued both Madam Darko and her husband.

Again, she asked how Mr. Dame got her bank account details to secure a garnishee order which froze her accounts if it was indeed an error as he told the Committee.

In addition to these, his initial Writ of Summons, Statement of Claim, Judgement, and Entry of Judgement stated that his plot 13 was in boundary with plot 12 and 11, he later did another motion stating that his client’s boundaries were rather plots 10 and 11, which showed clearly that he was deliberately attempting to take the land.

Finally, she drew the Committee’s attention to records available which showed that for all the time Mr. Yeboah Dame was a Deputy Attorney- General and Minister of Justice, he was also counsel for a party which she had sued, citing a Conflict of Interest issue.

Madam Freda Darko, by her petition, therefore, drew the Committee’s attention to the various professional misconduct by Mr. Dame and the subsequent perjury he has committed during the vetting, calling for appropriate sanctions against him.

Read below her full petition:

Adobe-Scan-16-Feb-2021Download
AMA GHANA is not responsible for the reportage or opinions of contributors published on the website.