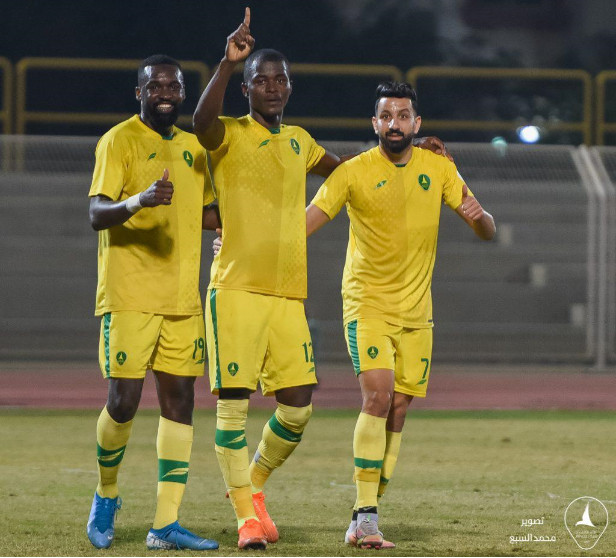 Al-Khaleej and Ghana Black Stars defender, Samuel Sarfo on Wednesday lead his team, Al-Khaleej to victory by scoring the second goal for his team to triumph over their opponents Al-Nojoom.

Samuel Sarfo in the 43rd Minutes of the game, threw the Al-Khaleej Club Stadium into a state of celebration as his header became the determinant for the winner of the game

Though this goal is Samuel Sarfo’s first goal since the beginning of the Saudi Arabian Division One league, he has helped his team to gather more clean sheets and has in the past 15 games of the league never conceded defeats. He has been very instrumental for most of his sides, successes.

Currently, Al-Khaleej is fourth on the Saudi Arabia Division one league table with 36 points.

ALSO READ  Corruption Watch Ghana calls upon Special Prosecutor to probe Sir John's properties
AMA GHANA is not responsible for the reportage or opinions of contributors published on the website.