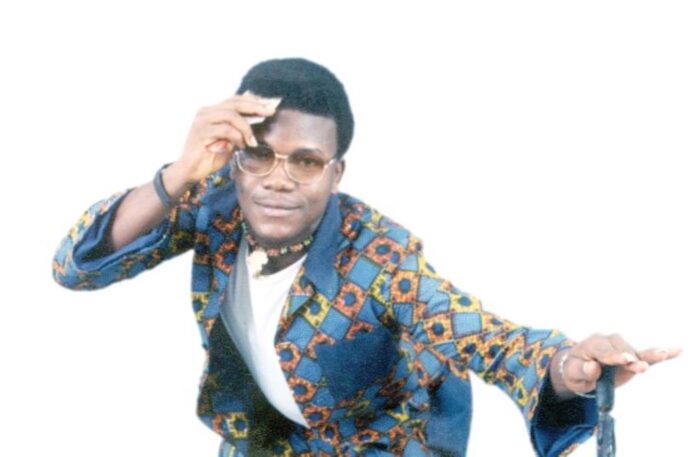 In my quest to immortalize some Ghanaian musicians who made my childhood a joy to behold and a fun to be a part of, I cannot do it without a demigod ‘a god made from breast milk’, Terrence Nii Okang Mensah Adjetey Terry Bonchaka.

I knew he was made for the stars when he got my father dancing his “Pulele” dance and also enjoying his tunes. Terry Bonchaka remains my father’s all time favorite musician though he heeded to the call of his ancestors some eighteen years ago.

Terry Bonchaka could have relied on his grandfather the late Rt. Hon. Peter Ala Adjetey the then speaker of Ghana’s Parliament connections to open doors for himself as the average ‘new generation’ kid will do today. But, he pushed through ‘making his passion his profession’, it was not a wonder that his hard work paid off during the regionals and nationals of the Miss Ghana Music Competition; the catapult that shot him to fame and solidified him as the heartbeat of then Ghana music industry.

Though Terry Bonchaka was classified as a hip life artiste, he was more of a dancehall reggae or raga (as we called it at time)  artiste, because during that time the major divisions in the music industry in Ghana was gospel, hi life and hip life and almost all secular musicians with the exception of hi life musicians were seen as hip life artistes.

I call Terry a god because in his prime, the influence he commanded was too much for a young boy of his age, people from all walks of life were spellbound by his music, style and classical finesse. The spell he had on the masses was seen vividly in the younger generations copying his Afro hair carrying a comb lifestyle and the rate at which Pulele became the Azonto or Gwara gwara of his time; a household commodity everyone wanted to show off and be identified with.

It is noteworthy that at one point in time Terry Bonchaka was a monopoly in his two year music career, he was on almost all hit songs;  his ‘deep husky voice’ took our ears as prisoners of his craft and art. Terry Bonchaka’s energy levels was on a different level and a testament to this energy level was his performance at the 2001 music awards, and ‘Take go where you like’,  his opening performance with King Ayisoba was epically mind boggling.

Terry Bonchaka’s genre or style of music is one of the things that set him apart and made him a standout musician, in an era where almost every hip life artiste was, somewhat, a rapper. He came with a raga style that broke the rap monopoly. His songs dealt with issues bothering the nation as a whole and these songs are  more than relevant today. He (Terry) broke into the scene when there was a successful change of government from one democratic leader to the other, so his song Nkabom Aban (unity government)  which was calling all citizens to seek a united front in developing mother Ghana.

In  the song  he called on the late Komla Dumor, Freddie Blah,  Fiifi Banson, Kwame Despite, Mickey Osei Berko among other industry players to join forces to move the nation forward. Zoozey,  which he featured K. K Fosu dealt with procreation and marriage, that is we were created by God to procreate, subdue and rule the earth but, proper procreation comes after marriage, that a man will leave his family behind and join his wife to be one body. The song had an undertone of a campaign against premarital sex.

Like Daddy Lumba’s ‘Nyame Nhyira Mmaa’, Bonchaka’s Ghana Lady was a tribute to the beautiful, hardworking Ghanaian lady who does not hawk her beauty for money. But,  grinds,  hustles and endures the pains for her papers in spite of her flawless beauty. Bankye Bankye or African Cho was about the African born here, raised here and would be buried here but, dislikes the taste of local dishes—the Ghanaian who has never stepped a foot outside her father’s compound but has a strong taste for continental or foreign food. This is a battle we are still fighting.

In an era where indecent dressing was creeping into the cultural space of Ghana, it was not a surprise that Terry Bonchaka, TH 4 Kwages and a host of other artistes released songs against indecent dressing. I’m Aware, is another classic from his (Bonchaka’s) archives which tackled indecent dressing among our sisters, especially. Mr. Ode from Terry Bonchaka and Nana Agyemang, was a masterpiece that was aimed at tackling and addressing extra marital affairs among married men back then, this issue is skyrocketing nowadays. His love song extraordinaire Pulele which is also inarguably his most popular song, was an assurance to Belinda, that irrespective of her flaws (big head, big mouth and rickety legs) he still loves her unconditionally, and that she should not listen to what people say. This is the kind of assurance some of us need in a time where loyalty is all about the money you can afford.

Terry Bonchaka died at the age of twenty one on 29th October, 2003. Before his demise, he had seen it all, conquered everything, commanded influence in a manner that I have not seen much from a musical artiste before age twenty. Even though life begins at forty, his influence in Ghana’s music cannot be exaggerated and thanks to Boongie Man for holding on to the perpetual flame of Terry Bonchaka’s, the god made from breast milk, legacy.