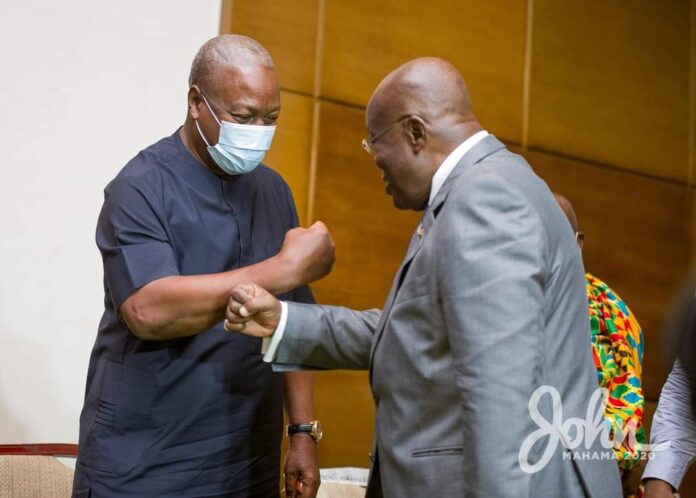 Osagyefo Dr. Kwame Nkrumah said, “… The African is capable of managing its own affairs,” and it is not just in a matter of economics or development but also in democratic processes and practice. Even though I am from the school of thought, copying, and pasting the western type of democracy will be challenging to Africa’s development.

I propose enculturation of cultural context of the way of being and how the people wish to be governed, and best practices that foster a global village of diversity that hinges on fundamental human rights, economic modeling, identity, productive education, quality health care, agronomics, development meaning, and mindset repositioning.

The world in November 2020 was held in a state of disbelief when Donald Trump was mentioned to have lost the US 2020 election to Joe Biden in a historic voter turnout of about 155,507,229. The biggest for an incumbent losing power with 74,223,744 votes making 46.9% and 232 electoral votes, whiles the opposition clinching power with 81,283,485 votes making 51.4% and 306 electoral votes for President Donald Trump and President-elect Joe Biden respectively.

Since the fourth republic, Ghana has had a voting pattern that shares some synchronicity with American election outcomes from 1996. If Democrats win or lose an election in the US, the National Democratic Congress (NDC) in Ghana follows. And when the Republican also wins or loses an election, the New Patriotic Party (NPP) in Ghana also experiences the same. It is worthy of sharing that these parties, the Republican Party and the New Patriotic Party, and the Democrat Party, and the National Democratic Congress subscribe to center-right and center-left political ideologies.

Ghana decided to shift away from military rule in 1992 and, ever since, has become a model of democracy in sub-Sahara Africa where power has changed hands between NDC and NPP three times (Rawlings to Kuffour, Kuffour to Atta Mills, and Mahama to Akufo-Addo) consecutively.

Ghana’s election 2020 somewhat again looked like that of the US; the only significant difference is that the NDC’s John Dramani Mahama was contesting against the NPP and incumbent candidate Nana Addo Dankwa Akufo-Addo, who beat him to the 2016 elections when the national democratic congress was in power and during Mahama’s first term. One other difference is that Ghana’s NDC picked a female running-mate, Prof. Naana Jane Opoku-Agyemeng, before the Democrats did pick Kamala Harris. Still, it appeared they both somewhat wanted to send a message to the electorates. Both parties’ campaign strategy also seems the same. The opposition parties were driving on corruption, nepotism, family, and friends’ government. The incumbent was again reminding the opposition of their abysmal performance when in power. The NPP tramp card in the 2020 elections was the free senior high school policy it rolled out in 2017.

Ghana currently is having a hung parliament, which goes to buttress the caption that Ghana’s democracy is growing and setting very indelible marks in Africa’s history. As I write this piece, NDC has 137 seats in parliament, NPP also has 137 seats, and an independent candidate was expelled from the NPP. Even though both parties have some parliamentary seats, they wish to contest its results in court; it will remain that either side will not have a landslide majority depending on court outcomes.  Hohoe and Techiman south seats are currently the most contentious. In the most unlikely event, and the NDC wins a majority in parliament whiles NPP leads the executive, the continent will experience a new wave of leadership and democracy. This same experience of a potential hung parliament also shows that citizens are becoming aware of their power and right to elect people on what is important to them than what politicians preach to them. Africa must grow to this point, where the people’s power will be visible and respected.

The running mate and vice president of Ghana, Dr. Mahamudu Bawumia’s impact on the entire northern sector, cannot go without notice because it is initially in the fourth republic of Ghana, a stronghold for the National Democratic Congress. But the NPP made some strategic and impacting gains. A similar feat is worthy of mentioning the NDC for winning more of the Central regional and western regions parliamentary seats. This can also be attributed to the hard work of their running mate Prof. Naana Jane Opoku-Agyemang. These two examples set a precedence that running mates must influence elections, especially from regions they hail from as a locus, agency, and people currency of why they deserve to be vice presidents.

With the heavy investment the state did, Ghana’s electoral commission did conduct itself professionally barren all the procurement challenges Civil Society Organization raised and the time frame of testing new equipment. COVID-19 was a fear factor, but Ghanaians observed the protocols EC put in place. On the day, the voting exercise was just seamless of thick queues that had characterized all elections in the fourth republic. Notwithstanding this success, the error-ridden results and the promise of a 24hours period for electoral results indeed took the great shine out of the excellent work the EC did. In a contest where figure compilation and computation is the deciding agent, all efforts must be made to eliminate or minimize any form of error. A single figure drop or addition can spell doom for any country in Africa. We must give Ghana a deserving standing ovation for handling the EC’s excessive errors on some of the parliamentary and presidential outcomes.

Even though America’s democracy is over 300 years, today, Donald Trump is challenging an electoral result. Let us give it again to Ghana, where two courts have adjudicated parliamentary electoral challenges that were brought before it. Africa must strive to build robust institutions and systems that will work independently to safeguard the region’s peace and security.

The Ghanaian Police Service said it recorded more than 60 pockets of incidents in the elections, especially from zones they earmarked as flashpoints. Twenty-one of the incidents are actual cases of electoral violence, six of which involve gunshots resulting in the death of five. One can imagine what would have happened in most African countries should this have occurred. The Ghanaian in this particular election showed a high practice of tolerance by eschewing violence. I must admit that there was too much security presence where some of them acted very unprofessionally, costing some citizens’ lives. The system must punish those security officers who fired at the unarmed crowd in Techiman South and elsewhere in Accra to instill confidence in the system.

The actual test of Ghana’s democracy is up again as the opposition National Democratic Congress has refused to concede defeat and currently heading to the supreme court over what they term as infractions of vote padding, under-declaring of votes, over-declaring of votes that benefitted the president-elect Akufo-Addo. Is history about repeating itself? In 2012, the then-candidate Akufo-Addo refuted the presidential electoral results and went to court to contest the declaration that favored President Mahama. The NPP took to the streets back then and finally resulted in the supreme court.

It took eight months of court proceedings in 2013 before the court upholds the 2012 election outcome. Now it is President Mahama in opposition heading to court against Nana Addo Dankwa Akufo-Addo, who was declared president-election in the 2020 elections. The NDC has equally had a series of street protest and finally have resolved to go to court.

The supreme court of Ghana came up with a road map for electoral contestation in court, which has given some timelines for filing a case and period for adjudication to ensure there will not be any eight-month lengthy election dispute hearing.

Recently I posted on my Facebook wall that “ posterity makes precedence excellent or bad. The same is what puts principles and standards to the test.” Ghana is continually deepening its democratic credentials. Africa must be proud to have one of her daughters showing that giving the opportunity, the African can manage its own affair.

Africa can turn its political, economic, and leadership woes around only if we can somewhat learn from Ghana’s example and even do far better than them. Another Africa is possible.

This article was first published by Leadership Magazine South Africa