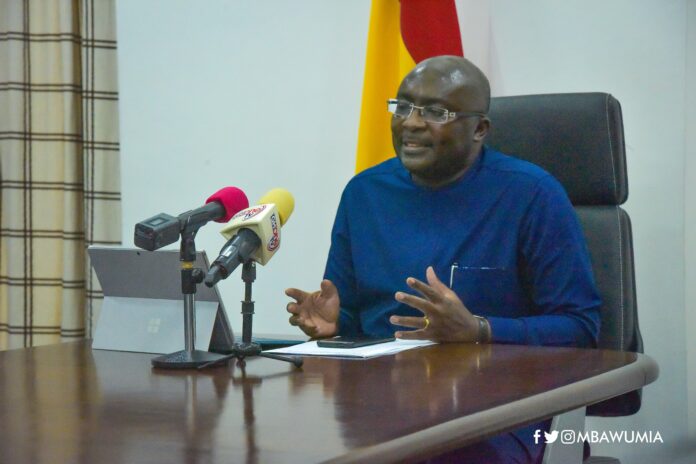 According to the office, Dr Bawumia has only one wife in the person of Samira Bawumia with whom they have been married for the past 17 years even though his religion as a Muslim permits him to marry up to four wives.

The couple has four children, three boys and one girl.

In a statement issued on Friday, March 12, 2021 by the Spokesperson of the Vice President, Dr. Gideon Boako, the public was therefore asked to “ignore the propaganda and deliberate falsehood.”
On January 7, 2021, the then newly elected Speaker of Parliament, Mr Alban Sumana Kingsford Bagbin when he was introducing the guests at the inauguration of President Akufo-Addo and Vice-President Bawumia mistakenly referred to the wife of the Vice-President, Mrs Samira Bawumia as “Ramatu.”

When Mr. Bagbin realised that he had made a mistake, he clarified the mistake and said it came as a result of what had been written for him.

The Speaker after realizing he mentioned a different name said; “oh this is the name I was given” and he corrected himself and subsequently went ahead and introduced Mrs. Samira Bawumia.

After that incident, some media reports suggested the Vice-President had a second wife known as Ramatu who was unknown to the public.

Some reports went ahead to circulate a photograph of the said Ramatu.

ALSO READ  John Mahama pens tribute to JJ Rawlings
AMA GHANA is not responsible for the reportage or opinions of contributors published on the website.