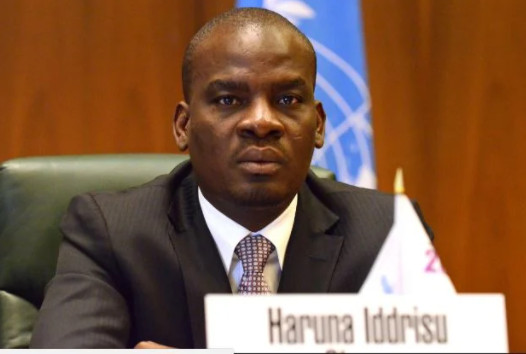 Andy Kankam, Editor of the Informer and a member of the National Democratic Congress says he is not surprised with the crisis in the Minority in Parliament.

This comes off on the brouhaha generated from the resignation of Honourable Okudzeto Ablakwa from the Appointments Committee.

He stated that Honourable Muntaka or Haruna Iddrisu do not have the power to approve or disapprove of any nominee.

According to him, the incessant, unwarranted, baseless attacks made on the leadership of the Minority in Parliament should be checked.

He called on Ofosu Ampofo, the Chairman of the NDC, to check such disparaging remarks.

“We should sanitise the Party. Communicators must sound melodic. But people speak anyhow which disgraces the party,” he said.

Speaking to Ablakwa’s resignation, he said it is a total disrespect to the leadership of the Minority in Parliament.

According to him, Ablakwa did not copy the leadership of the Minority in Parliament. In response to the reasons Ablakwa stated in his resignation letter, he said he believes the Honourable Member took his decision to placate some party footsoldiers.

“If NPP MPs could vote for Alban Bagbin as Speaker of Parliament, what stopped the NDC MPs from approving Ken Ofori-Atta in the interest of Ghana?” he quizzes.

Mr. Kankam believes the NDC will work again with the right leadership.

ALSO READ  Commonwealth Games in Birmingham: Sports Minister hosts Ghana's medal winners
AMA GHANA is not responsible for the reportage or opinions of contributors published on the website.