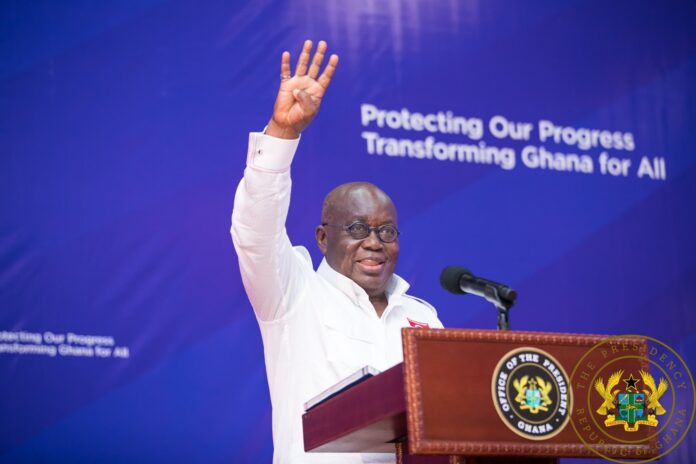 Communications Director for the New Patriotic Party (NPP) in Germany, Nana Boateng has accused the National Democratic Congress (NDC) party of inspiring the ‘FixTheCountry’ campaign while insisting that Ghana has already been fixed by President Nana Addo Dankwa Akufo-Addo.

In the last few weeks, Ghanaians have made their anger felt on social media with several virtual protest against the ruling government for underperforming.

Determined to push the government to step up and solve major problems in the area of education, employment, health, and the likes, there are plans to stage a nationwide demonstration against the government.

Having monitored closely what is happening in the country, Nana Boateng has released a video explaining why he believes Ghana has already been fixed by President Akufo-Addo.

According to the Communications Director of NPP in Germany, although there are problems in the country, the current government has done a lot to improve lives since taking over from the erstwhile NDC government.

Nana Boateng believes that it is the main opposition party that is instigating the campaigners of ‘FixTheCountry’ to make the government unpopular.

“I believe that everyone has the right to protest to make their voices heard to push for development. It is something backed by law.

“For our brothers saying things are not going well so President Akufo-Addo should fix things, it is the NDC working behind the scenes to inspire these people,” the NPP Communicator said.

Nana Boateng continued, “Comparing Nana Addo’s ‘Kume Preko’ to what is happening now is not possible because they are different.”

Making reference to jobs created through the deforestation policy of the government, he said it is an indication President Akufo-Addo has fixed the country.

He stressed that comparing where the country is today to the times of the past government, it is clear that a lot of the problems raised by the FixTheCountry campaigners have already been fixed.

Listen to Nana Boateng in the video below: