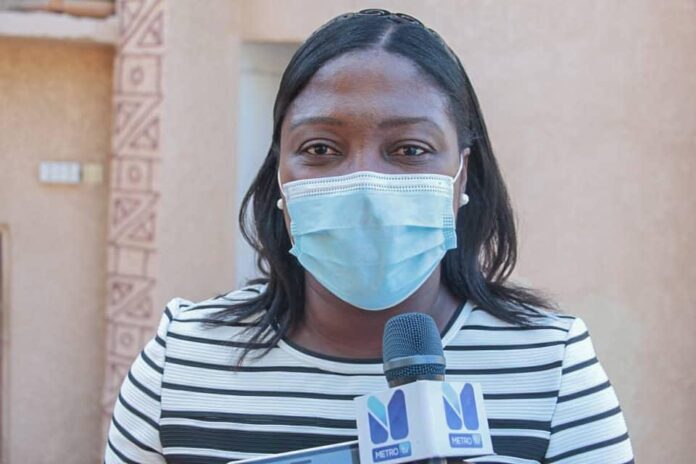 She explained that LSM deals with the life cycle of mosquitoes, particularly at the larval and pupal stages.

“…and the use of the LSM method will enable us control their numbers, so that we reduce malaria parasites into the adult mosquitoes,” she said.

Dr Amugi made the observation on the sidelines of a one-day LSM training workshop organised in Takoradi, Western Region by Zoomlion Ghana Limited, in partnership with the National Malaria Control Program (NMCP) of the Ghana Health Service (GHS) with experts drawn from Noguchi Memorial Institute for Medical Research (NMIMR) as part of the facilitators for the workshop.

The training held on Monday, May 24, 2021, brought together about seventy-seven (77) health workers from both the Western and the Western North Regions.

It aimed at equipping the participants with the needed skills and techniques to identify and destroy larvae of mosquitoes at the various breeding sites.

According to her, apart from LSM, the government was implementing other malaria control interventions.

These other interventions, she mentioned, included prescription and distribution of bed nets to pregnant women, children under five (5) years and also to the general public in every three (3) years.

She said the implementation of the LSM with its method of larviciding will limit the spread of malaria parasites from one person to another.

“It will also sensitize communities within the two regions with high malaria cases.” …We are going to look for these ponds, rice fields where we have the larvae in the water, and then we use the microbial, which is a larvicide to kill them,” she noted.

She indicated that the LSM training was crucial in the fight against malaria.

The Municipal Director of Health Services, Western North Region, Dr. Francis Boakye Takyi, praised the organisers, adding that it will facilitate in planning how to fight malaria.

“During the annual review, it came to light that malaria continues to be the leading cause of morbidity and mortality in the country,” he said.

He attributed this to the many breeding sites of mosquitoes in the communities.

He said larviciding has been proved to be the best in controlling mosquito larvae.

“Thus, the LSM training will equip us more in better planning and managing malaria.”

He also called on the media to support in the sensitisation of the LSM to attract the active participation of communities.

“This will assist in getting rid of the many breeding sites and eventually malaria as well,” he stressed.

The Assistant Environmental Health Analyst, Western North Region, Mr Michael Owusu, said the training will offer the participants more knowledge, especially on the various mosquito breeding sites and how to manage them.

He said dealing with malaria from the root was key, adding that the “communities should understand that there is no one way we can kill malaria, so they should use the nets that have been distributed to them and also help us to identify breeding sites so that we can go there and then do the larviciding,” he appealed.

The Zoomlion Western Regional Manager, Mr. Abdulai Abdallah, said his outfit’s primary responsibility was to always ensure that the environment was safe and healthy for Ghanaians.

“Besides larviciding, we do disinfection, fumigation, and the likes on a monthly and quarterly basis, all to ensure a clean and healthy environment,” he said.

He said the LSM training will sharpen the skills of the participants in the fight against mosquito larvae and pupae.