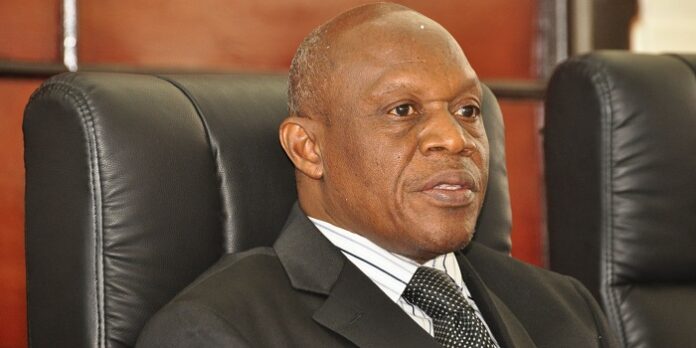 The chiefs, tindaama, youth and people of Doba and Kandiga have reached a consensus to end violence following the intervention of the Doba- Kandiga Conflict Resolution Committee (DK-CRC), to create an enabling environment for the committee to help initiate peace talks amongst them.

The Justice William Atuguba led committee consulted the Upper East Regional Security Council (REGSEC), the National and Upper East Regional Peace Councils, the Upper East Region Parliamentary Caucus, the Navrongo Municipal and Kassena Nankana West District Security Councils (NMUSEC and KNWDISEC), the Catholic Bishop of Navrongo-Bolgatanga Diocese, the Mirigu-Naba, the Navro-Pio, the Akurugu and Andema families and the chiefs and people of Doba and Kandiga to arrive at this consensus. The conclusion reached with all the interested parties is the end violence of all forms by both sides to enable the committee to do its work which is to work towards the restoration of a permanent peaceful co-existence between the two communities.

In a statement delivered in the presence of the Regional Minister, Mr. Stephen Yakubu and the Regional Security Council (REGSEC) together with the Paramount Chiefs of Navrongo and Mirigu Traditional Areas and the Doba and Kandiga chiefs and their people at a press conference in Bolgatanga, Justice William Anaam Atuguba stated that; “We are happy to announce that all the parties have given this committee their commitment to cease all forms of violence and will demonstrate this before all of us here with the signing of an undertaking to that effect”.

The undertaking which read; “We the undersigned supported by our tindaama hereby commit to maintain cessation of all forms of hostilities amongst the peoples of our communities to enable the conflict resolution committee to work out restoration of permanent peaceful co-existence amongst us”.

The statement was signed in the presence of REGSEC and the DK-CRC by a representative of Naba Ajebisira Abaane Atinyua, Doba Naba, Naba Paul Henry Abamwine Amenga-Etego, Kandiga Naba, a representative of the head of Akurugu family, Azuntaba N. Charles, the Head of Andema family, Emmanuel Ayipala Andema and the youth leaders of both communities namely, Matthew Ayangba, Doba Youth leader and Michael Abogro, Kandiga Youth leader.

Justice Atuguba however emphasised the fact that throughout the committee’s consultation, it emerged quite clearly that natives of the areas living outside, both within Ghana and abroad are the ones financing and fuelling the conflict. “We want to use this forum to send a very strong signal to all such people, forthwith to desist from such activities and to allow this commitment that the parties have signed to succeed”.

He also appealed to the media to exercise a very high level of circumspection when reporting on the conflict since their reportage can otherwise jeopardize the peace process.

The Regional Minister, Mr. Stephen Yakubu expressed his happiness about the commitment exhibited by the parties and went on to admonish them to desist from breaking the commitment that was signed by they themselves, failing which the security forces will deal ruthlessly with anyone who flouted the agreement.

The Navro-Pio, Pe Dennis Aneakwoa Balinia Adda Asagepaare, advised the two chiefs of Doba and Kandiga, to desist from breaking the undertaking that they have just signed. He hoped this initiative would fare better than earlier ones which were not successful and thus did not bring peace to the area.

ALSO READ  COVID test now free at public health posts in Ghana
AMA GHANA is not responsible for the reportage or opinions of contributors published on the website.