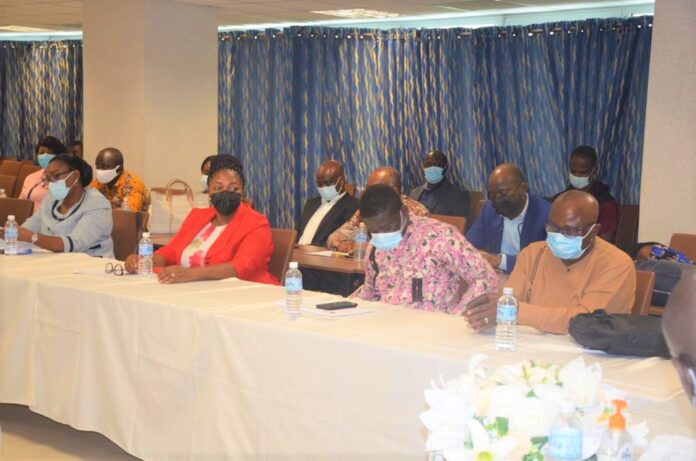 Traders and importers have welcomed the Ghana Standards Authority’s decision to maintain its old fees for the registration of importers.

This agreement was reached after a consensus-building meeting jointly organised by the National Standards Body and the Ghana Shippers’ Authority on Thursday, January 14, 2021, for industry players such as importers and exporters, traders, and other members of the business community.

The meeting was held to ensure that the shipping and trading communities were fully informed and educated on the implications of the new fees and also to discuss other linked matters relating to operations at the ports including ways to facilitate trade and prevent delays.

“GSA in maintaining the old fees promised to inform the Ministry of Finance and the Ministry of Trade of the practical challenges in implementing the approved fees at this time and to seek guidance for a revised timescale for implementation.”

The Parliament of Ghana, in August 2019, approved the new fees and charges for GSA which were to take effect on January 1, 2020.

However, the Ghana Standards Authority postponed the implementation of the revised fees and charges for a year for several reasons, including the COVID-19 pandemic and the need to ensure that the general public, as well as importers, were brought on board.

The GSA is of the view that the new charges take immediate effect as requested by Parliament.

But the stakeholders, during the meeting, citing the negative impact of the COVID-19 pandemic on businesses and the coming into operation of the African Continental Free Trade Area (AfCFTA), appealed to the GSA to halt the implementation of the new fees until, at least, the first quarter of the year to allow industry players to recover from losses incurred as a result of the pandemic last year.

The Director-General of the GSA, Prof. Alex Dodoo, at the end of the deliberation, gave heed to the plea of the industry players and announced that the Authority would maintain the current fees and charges until the time was appropriate.

“So basically, nothing has changed in terms of GSA’s charges at the port,” he said, much to the excitement and applause of the gathering. “So, the only communication is that the situation is as it is. The status quo remains. I hope that makes it very clear and very simple. It is not like we have increased and we are reducing; we have not,” he noted.

He reiterated the determination of his outfit to support the government in improving the ease of doing business in Ghana and called on all stakeholders to support the Authority’s ‘year of enforcement’ drive in a bid to ensuring the protection of consumers and promotion of trade at the same time.

Prof Dodoo disclosed that the GSA planned to introduce import certification for some categories of products such as lubricants and gas cylinders as well as online payment.

“I am glad that we have been able to talk such that the status quo has remained,” she stated, thanking the GSA and its DG for understanding the plight of the shipping public.