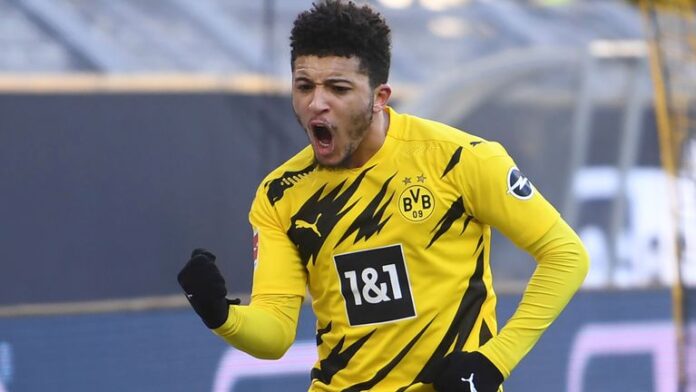 The Bundesliga club informed the stock exchange on Thursday morning that the £73m transfer is almost done. It is believed the 21-year-old will agree a five-year deal on £350,000-a-week contract.

Watzke said at a press conference unveiling new head coach Marco Rose: “There’s an agreement with Manchester United for Sancho. It was Jadon’s express wish to change, we would have liked to keep him.

WE ARE NOT HAPPY ABOUT THE MONEY BUT SAD THAT HE’S LEAVING.

Dortmund say a medical is still yet to be completed and his United contract still needs to be finalised.

“Both clubs and the player reached an agreement on this today. If the transfer is realised, Manchester United will pay BVB a fixed transfer fee of EUR 85.0 million.

“The contractual details now have to be coordinated and documented. The formal processing of the transfer is also subject to the successful completion of all necessary medical tests and examinations, a coordination procedure with the player’s previous club and the proper and timely processing in accordance with the provisions of the FIFA Transfer Matching System (FIFA TMS).

“With the implementation of this transfer business, the management expects a positive effect on the key earnings figures (EBITDA, EBIT) for the 2021/2022 financial year in the amount of around EUR 56.0 million.”

Sancho is currently on international duty with England at Euro 2020, but has played just six minutes in their opening four games at the tournament.