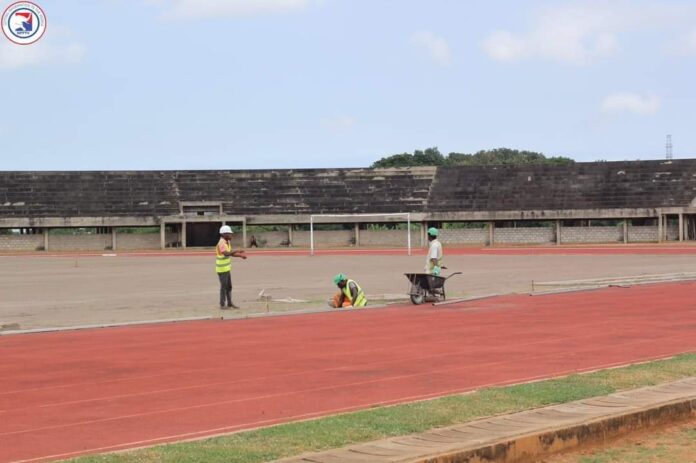 Government has decided to fully complete the University of Ghana Stadium to complement facilities which would be built at Borteyman for the 2023 African Games, Youth and Sports Minister, Mustapha Ussif has said.

Responding to an urgent question in Parliament on Wednesday, the Sports Minister announced that due to delays in starting the construction of a proposed 50,000 Olympic size Stadium in Borteyman for the Games as a result of the Covid-19 pandemic, it has become apparent that the full stadium may not be completed on time, hence the decision by government to resort to its plan B.

“After careful study of timelines, the Ministry in consultation with the LOC have decided to adopt a hybrid approach to construct the project in phases by leveraging on existing facilities at the University of Ghana and build the other facilities that are not available but are requirements for the hosting of the Games,” Mustapha Ussif said in Parliament.

According to the Minister, the refurbishment of the University of Ghana Stadium will include the resurfacing of existing athletics tracks and the construction of a new athletics warm-up running tracks.

The other four (4) courts would each have a two hundred (200) spectator seats.

The Minister, who gave parliament a detailed background and timelines of how Ghana won the bid to host the Africa Games, also spoke at length about how the global pandemic has affected Ghana’s preparations.

Nonetheless, the Minister assured the Parliament of Ghana’s commitment and ability to stage a successful competition.

Ghana won the bid to host the African Games ahead of countries such as Egypt and Burkina Faso.