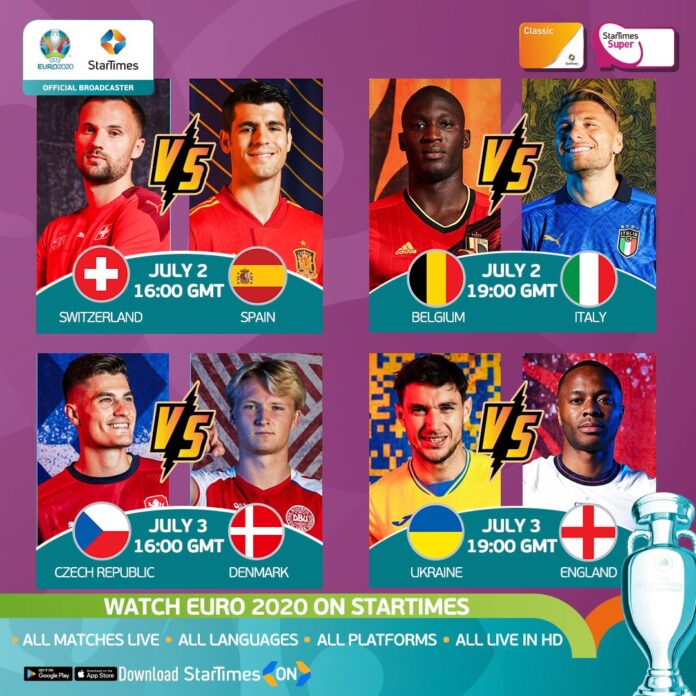 Euro 2020 delivered a thrilling first knockout round with the elimination of Germany, Euro 2016 champion Portugal and 2018 World Cup champion France.

At the start of Euro 2020 England, France and Belgium were the favourites to lift the title.

On Friday, when the quarter-finals of Europe’s premier competition kick-off, two of those teams are still in the running.

But while England, who remain the top favourites are facing Ukraine – an unexpected quarter-finalist – on Sunday, Belgium face a potentially much tougher opponent on Saturday.

In what is arguably the stand-out match of the round, Belgian coach Roberto Martínez, sees his team take on Italy in the Allianz Arena in Munich on Saturday.

Besides a place in the semi-finals, the winner will also receive bragging rights as the team with the most consecutive victories in Euro history.

The two countries both won all of their ten qualifying games, as well as all four matches at the finals and currently stand on 14 straight wins, which they share with Germany.

Belgium v Italy is a game that sees a team of stars take on a team that is built around their complementary skills. While Martínez has a whole array of stars at his disposal, including Kevin De Bruyne, the Hazard brothers Eden and Thorgan and Romelu Lukaku, his Italian counterpart Roberto Mancini has focused more on the unity of the team than individual players.

Also going into their quarter-final clash as the favourites are England, who will be without home fans for the first time at this competition in their game against Ukraine.

After beating Germany 2-0 in the round of the last 16, England fans have been dreaming of winning the final at home in Wembley on July 11.

Captain Harry Kane, who scored one of the goals in the victory against Germany, said that the team was now looking to go further. “Any team will look at us and know that we’re dangerous.

“There isn’t anything bigger than this when the expectation is on and we delivered, so we should be proud – but we can’t stop here. Hopefully, we’ll be back here (at Wembley) in the semi-finals and the final.”

England have yet to concede a goal in the competition and with Jordan Pickford, Harry Maguire, John Stones and Kyle Walker in excellent form, Ukraine will find it difficult to score against the Three Lions.

The round of the last eight kick-off on Saturday with the match between Spain and Switzerland, while Denmark take on the Czech Republic in the other quarter-final on Sunday.

With so many top-class games, fans will be spoilt for choice. But luckily for African fans they will not have to make a choice, as all four matches are being shown live and in HD on the StarTimes channels.