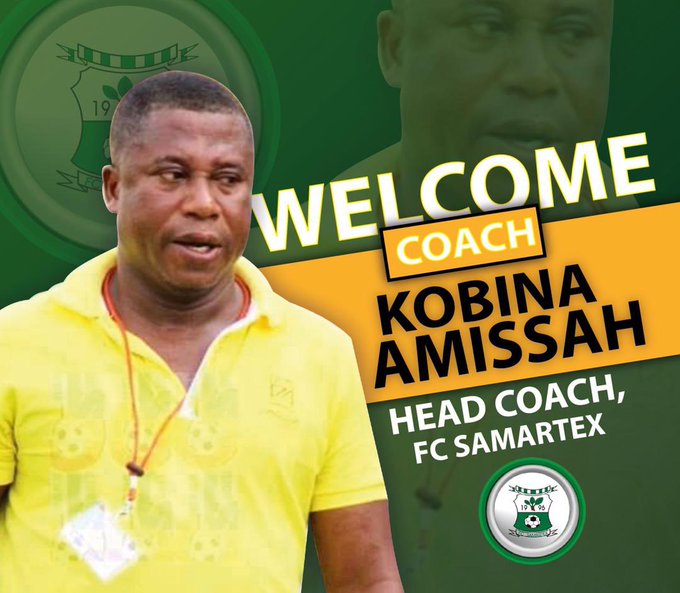 The former Berekum Chelsea coach has penned a two-year contract with the club.

Amissah etched his name in the country’s football folklore by qualifying a fourth club- Bibiani Gold Stars- to the country’s top-flight last season.

He was available on a free transfer after leaving Gold Stars.

Samartex finished third in Zone II of the Division One League.

Kobina Amissah is one of the few coaches in Ghana football who have massive experience in coaching in the lower tier division.

ALSO READ  African Energy Chamber launches African Green Dialogue initiative
AMA GHANA is not responsible for the reportage or opinions of contributors published on the website.