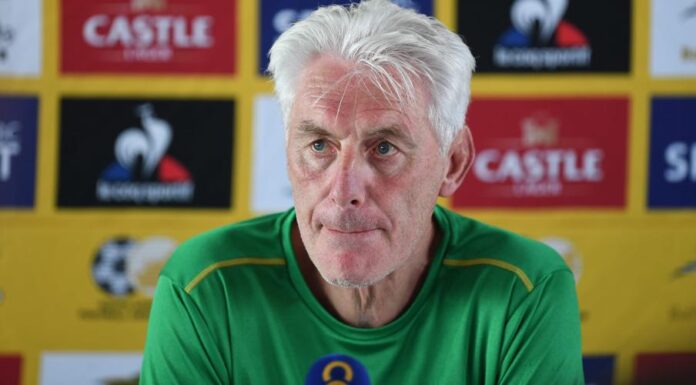 South Africa demanded on Monday that a 2022 World Cup qualifier against Ghana be replayed after a controversial penalty cost them an African playoffs slot.

Ghana and South Africa finished level on points and goal difference and the Black Stars won the section because they scored seven goals, one more than Bafana Bafana (The Boys), over six matches.

“The match officials decided the game, which is not supposed to happen. We will write to the Confederation of African Football (CAF) and Fifa, asking them to investigate how the game was handled.

“We have already told the match commissioner in Ghana that we will be making a formal complaint. We were very disheartened by the actions of the match officials.”

In a 2018 World Cup qualifier, a wrongly awarded penalty helped South Africa defeat Senegal, who successfully appealed to Fifa for a replay, and won it to help reach the finals in Russia.

“We are looking at the precedent where Fifa ordered us to replay Senegal and we think the same decision should be taken regarding the Ghana game,” added Mothlante.

The VAR (video assistant referee) system is not being used for African World Cup qualifiers but will be utilised for all 52 matches at the Africa Cup of Nations in Cameroon from 9 January.

There has been allegations of biased African refereeing for decades with inadequate TV coverage often making it impossible to judge controversial decisions.

Fifa president Gianni Infantino told CAF officials last year that he would like to create a panel of African referees, paid by the world governing body.

“They will stand or fall on their performances,” he stressed. “Spectators in Africa must be confident that they will always witness impartial refereeing.”

However, there has been no move toward creating a panel to handle World Cup, Cup of Nations and CAF club competitions matches.

A retired African international referee, speaking to AFP on condition of anonymity, said “luxurious accommodation and gifts” had been offered to him regularly on assignments.

“You get treated like a pop star from the moment you set foot in a country, but if the result goes against the hosts, they become hostile toward you very quickly.”

The Ghana penalty row overshadowed four qualifiers on Monday involving countries already eliminated from the competition to fill five places reserved for Africa at the 2022 World Cup in Qatar.

Kenya completed their schedule by edging fellow east Africans Rwanda 2-1 in Nairobi, where Michael Olunga and Richard Odada scored early for the hosts and Olivier Niyonzima halved the deficit.

Victorien Adebayor notched a hat-trick as Niger hammered Djibouti 7-2 in Niamey, a late Euloge Placca goal earned Togo a 1-0 win over Namibia in Soweto and Guinea-Bissau and Sudan drew 0-0 in Marrakech.

Hosts Namibia and Guinea-Bissau had to play in neutral venues as they do not have international-standard stadiums.

ALSO READ  ASEPA kicks against the appointment of Maame Tiwaa as EOCO Boss
AMA GHANA is not responsible for the reportage or opinions of contributors published on the website.