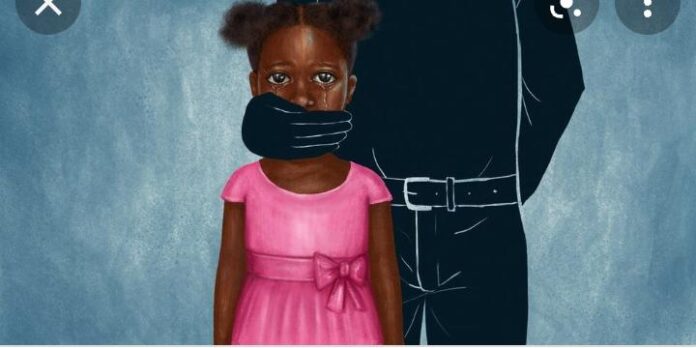 In recent times, we hear stories of girls as young as 9 months old being sexually abused by fathers, elderly and respectable men in society.

These men are so powerful that they end up being freed from all punishment. Zongo is widely viewed as a slum community whose inhabitants are deemed to be poor and in most cases, characterized as violent people. Justification for this assumption is always drawn from the behavior and actions of a minority of the inhabitants.

My interest was drawn to this subject when a case I have been following for the past three months, has been struck out from court on February 15, 2022, because the complainant who is the victim’s mother refused to show up in court.

This led to a 51-year-old Arabic teacher, Abdul – Mugis who was accused of defiling a five-year-old girl at Mamobi, a Zongo community within the suburb of Accra, to go unpunished.

On 19th  November 2021, at about 6:30 am, the victim (name withheld) complained of pains in her female genitalia whiles she was being bathed by the mother.When querried, the victim alleged that her Arabic teacher took her into a room and took advantage of her.

She disclosed that after the close of lessons on the said date, the accused invited her into a room, undressed her, then applied what she said was a pomade, into her private part before forcefully penetrating her severally, causing her to feel pains in the process.

The mother after hearing the gruelling narration from her daughter, rushed to Nima Police Station to formerlly lodged complaints, leading to the arrest of the accused who was subsequently arranged before court and charged with defilement to which he pleaded not guilty.

According to Ghana’s law on defilement, “Whoever naturally or unnaturally carnally knows any child under sixteen years of age, whether with or without his or her consent commits an offense and shall be liable on summary conviction to imprisonment for a term of not less than seven years and not more than twenty-five years”.

But in a bizzare turn of event, the accused was discharged on February 15th, 2022. According to my sources, the mother of the victim was threatened by some members of the community, which are believed to be allies of the accused – although I cannot independently confirm this assertion- to discontinue pursuing the case in court.

Another source also said the landlady of the victim’s mother has threatened to evict her from the house. With fears of losing her life couple with becoming homeless, the complainant could not appear in court to testify, forcing the case to be thrown out.  It is becoming evidently clear that some people in our communities will protect bad people even if that will result into lost of life, choosing to protect name instead of innocent lives.

Also, it has become widely accepted that our laws turn to sometimes protect the rich than the poor, which make people like the accused in this case, to get away with their wrong doings.

In my community most men who indulge in such acts are mostly the elderly who are respected, hence if such people are accused of wrong doing, most people tend to not believe it and can swear on their lives that the person is innocent.

Or, they will help plead with the complainant to settle the case out of court, which becomes useless at the end of the day. This act always expose the victim to public ridicule and victimization.

Another pressing issue that deter complainants from going to seek justice is medical report and monies charged for same.

There was a case where a 55-year-old man was allegedly caught to have been sleeping with a 12 year old girl who is a niece to his wife.

According to the victim, the accused started sleeping with her since she came to stay with them at age 9.

The accused threatened the victim with death if she tells anyone about his act. The wife found out many days later about her husband’s act, threatens to report him.

The man took offence and divorced his wife at that instance. However, with the help of a group of women activists, he was arrested and detained for 2 days and was granted bail.

Unfortunately the medical report couldn’t come early to prove that the girl was defiled.

When I spoke to Samiha Sulleyman the leader of the women group,  she said: “this is not the first and won’t be our last, we will start to name and shame this perpetrators in the zongo  communities who destroy the lives of these young girls”.

She added that the victim was taken to the Social Welfare Department where she has started learning how read and write.

I believe with this kind of intervention and some partnership with DOVVSU, media personnel and other stakeholders in the zongo communities, it will lead to a positive impact in ensuring that our young girls are safe.

Speaking to Ms. Bashiratu Kamal, who is a development consultant, a feminist/activist who sacrifice her time and expertise to manage cases of SGBV reported to her from the zongo communities, says “this cases have become rampant with her getting about 3-5 cases a week.“

According to Ms. Bashiratu, it’s sometimes frustrating to handle these issues.

She observed that when cases of this nature have come to their attention and while they started working in it to seek justice for the victime, the victim’s family would come pleading that, they want to withdraw the case because of some harassment and threat from some members of the community.

“In last 2 weeks, we have about 15 cases of SGBV of young girls on out plate and the average age of these girls is 8 years” she added.

“We don’t get to see the victims to even give them counselling in trauma,” she said.

I believe, if we stop being hypocritical within the zongo communities and help seek justice for these young girls, and giving them access to counseling,  cases of this nature will be reduced if not end entirely.