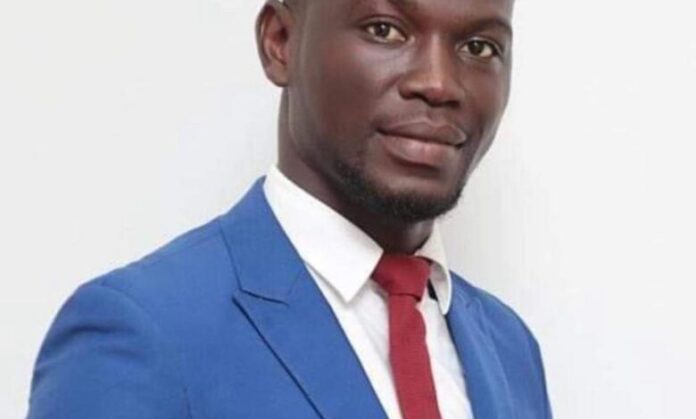 Worrying information trickling in from the Manhyia North Constituency points to a series of curses poured on the Ashanti Regional Public Relations Officer of the Food and Drugs Authority, Daniel Yaw Gerald.

A woman has been seen in a video that has gone viral on Wednesday, angrily hitting about four pieces of eggs to the ground and pouring a bottle of schnapps while calling on some water spirits to deal with the election committee chaired by the FDA PRO.

The Manhyia North constituency elections of polling station executives for the ruling New Patriotic Party has been characterized by several accusations and counter-accusations, leading to hot exchanges between some persons who have been executives for years and Chairman of the elections committee, Daniel Yaw Gerald.

A close ally of the current MP, identified as Danny was seen sharing the forms of one of the would-be aspirants on social media and making several allegations.

This raised eye brows with some of the constituents questioning how he got the forms that had been submitted to the Committee chairman.

This deepened the suspicion of the  constituents that allegations of bribery spreading about Daniel Yaw Gerald, popularly known as Geraldo could be true.

However, Geraldo has on several occasions refuted the allegations of receiving any bribe, threatening some of his accusers to withdraw within 24 hours or hear from his lawyer.

Posting a video on some WhatsApp platforms, Geraldo noted that the vetting of the polling station executive hopefuls had been smooth in the constituency, only for another video of someone cursing him to go viral.

Many of the constituents who have been questioning the integrity of the whole exercise being superintendent by Geraldo and his team say while he supported the MP’s allies to break several rules regarding the elections, he has been heard saying some others (supposed supporters of the former MP) would be disqualified.

“I know some of the people who do not pay their dues but have been issued receipts by the constituency executives that they have paid.

Even though nominations closed last Wednesday, can you imagine they are still filing people for some polling stations. And we took the pain to inform Geraldo and he pretended not to be aware, but we saw those people being vetted today, is there any integrity in this exercise at all,” he alleged emotionally.

He further swore to take matters higher should any of his people be disqualified as “I know a lot of his professional misconducts at the FDA and I won’t hesitate to go public on all that.”

THE Manhyia North Constituency is one the several constituencies that recorded chaos during the picking of nomination forms last week.

The chaos was so intense that, the Member of Parliament (MP) for the area had to be whisked away by police to avoid being lynched by angry party people who felt he was doing everything possible to prevent them from getting nomination forms.

In their bid to avoid a repeat of that shameful occurrence, a combined team of police and military personnel fully armed were seen at the vetting center on Wednesday and Thursday.

However, many of the aggrieved party members have threatened that the presence of the police and military will not scare them should the committee go ahead with its ill plans to disqualify them.

It is a well known fact that former Member of Parliament for the constituency, Collins Owusu Amankwah still has interest in the seat and has plans of contesting the current MP, Akwasi Konadu.

Ghana Gist has found that, the over 1000 polling station executive hopefuls have been strongly divided between these two personalities, hence whoever gets several of his persons winning the polling station positions, stands a stronger chance of becoming MP in 2024.