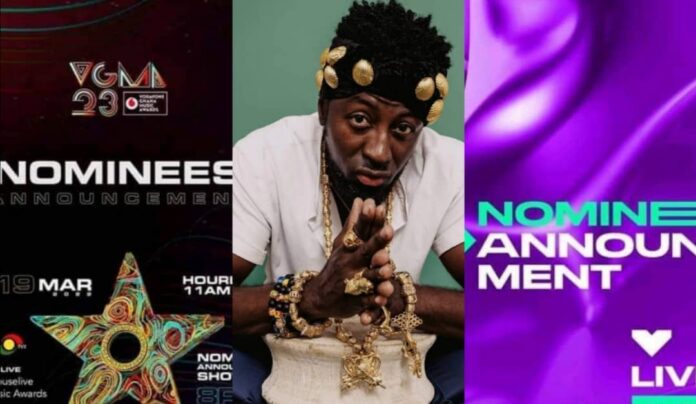 Foreign-based rapper and businessman Ohene Ntow has criticized VGMA and 3 Music for not considering foreign-based artistes in their award schemes despite putting in the works.

The Ghanaian rapper who recently engaged his long-time girlfriend last week has poured out his thoughts as VGMA announced nominees for this year’s awards dubbed The People, Culture, and Music.

After the nominees’ announcement, a lot of media gurus had shared their thoughts about it including other musicians.

Addi Self also hit hard at the VGMA Board for not nominating his Album Zongo to BBC, the album which did so well after it release.

“I de see some albums that got nominated at #VGMA I Was disappointed bruv coz these albums y’all nominated never cross ghana boarders #ZongoToBBCAlbum did the most check the statistics”, he wrote on his wall.

No Pressure by Sarkodie, The Gold Boy by Kidi, The Experience by Joe Mettle, Lighthouse by Akwaboah, Loyalty D-Black and Afro Highlife by Kuame Eugene are this year’s nominations for Album of the year.

ALSO READ  Full Text: 2022 Budget Statement
AMA GHANA is not responsible for the reportage or opinions of contributors published on the website.