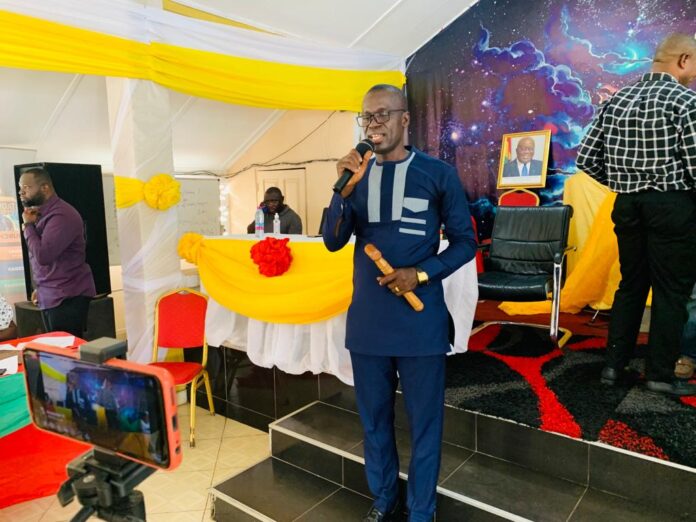 Honourable Jeff Kwadwo Agyei Oware, the Assemblymember for the Akaporiso Electoral Area has been re-elected as the Presiding Member of the Obuasi East District for the third time.

He went unopposed and managed to poll 26 out of the 27 of Yes or No votes cast on the day. This represented 86.6% of the total votes cast in an election supervised by the District electoral officer Joseph Gyamfi Owusu.

Speaking with the Media after his overwhelming endorsement, Hon Agyei thanked the Assembly members for their trust and confidence reposed in him for the third consecutive time.

He pledged his commitment to providing inclusive leadership and bringing all stakeholders on board to execute the development agenda of the Assembly.

He again promised to lead the process to ensure the equitable distribution of projects to all the electoral areas in the district.

Hon. Agyei further appealed to the members to unite and do their best to uplift the image of the Assembly by working hard.

Hon. FaustinaAmissah, the District Chief Executive praised the Presiding Member for his humility,  positive response to duty, and teamwork, the attributes which she opined culminated in his re-election.

She commended the Assembly members for the peaceful manner in which they conducted themselves during the elections.

Hon. Jeff Adjei is a businessman and hails from Assin Akonfudi in the Assin North District in the Central Region of Ghana, he is married with kids. He was first elected as Presiding Member in August 2018.