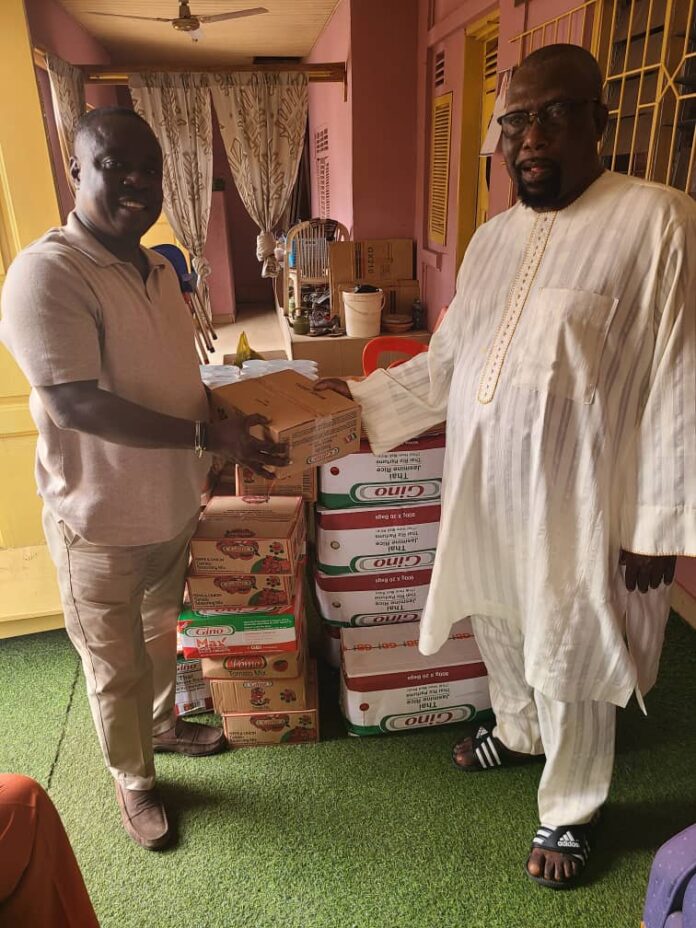 Conserveria Ghana Ltd, producers and distributors of Gino brand of food products, have joined hands with former Ashanti Kotoko Chairman Herbert Mensah in donation of several Gino food products that also include a bullock and cash to the Muslim community in Kumasi for an enhanced celebration of Eid ul-Adha the holiest festival of feast on the Islamic calendar.

The donation comes on the back of the 2022 celebrations. Eid ul-Adha or the Festival of Sacrifice is celebrated to commemorate the obedience of Ibrahim to Allah in a four day festival across the globe in every Islamic community.

The Festival of Sacrifice also marks the end of the yearly Hajj pilgrimage to the holy land of Mecca.

The yearly sacrificial ritual is considered a time for Muslims to think of others as well as repent from one’s sins committed in the past.

Muslims sacrifice goats, sheep and cows to represent Ibrahim’s (Abraham) commitment to God, where Allah came to him in a dream and asked him to sacrifice his only son as an act of obedience to God. Participation in the sacrificial festival is mandatory for all obedient Muslims that can afford an animal.

It is also mandatory for people with money to give an amount to charity, so less fortunate people can afford to join in the celebration as well.

As a philanthropic tradition, Conserveria Ghana Ltd. Joins hands with Herbert Mensah, himselfa Christian, to support the Zongo community in Kumasi every year to enable them enjoy their celebration of sacrifices.

Food items and cash donations are usually passed on by the regional chief Imam to the poorest people in the community.

David Afflu, Managing director of Conserveria said the company choose to make donations through the Ashanti regional chief Imam this year as in all other previous years as part of their corporate social responsibility but also because of the company’s respect and commitment to Eid.

King Edward of Hello FM in Kumasi made the presentation on behalf of Conserveria Ghana Ltd and the former Kotoko Chairman.

In handing over the donations, the Hello FM Morning Show Host stated that the donation is to show appreciation for the patronage of the company’s products in Ghana.

He also added that the donors share philanthropic values and compassion for the poor in the Ghanaian society in general and the Muslim community in particular.

Sheikh Abdul Mumin Haroun, the Ashanti regional chief Imam received the donations on behalf of the Muslim community and expressed endless gratitude to Conserveria Ghana Ltd as well as to Herbert Mensah for their yearly humanitarian support.

Sheikh Mumin said the donation is timely as high food prices in the country has caused massive hunger and food insecurity among the zongo community and poor Ghanaian communities at large. He prayed for the donors and called on other companies and individuals to imitate their generosity.