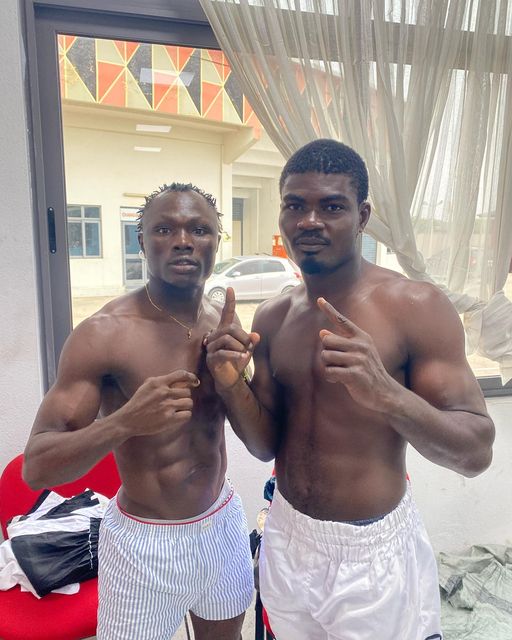 26 years old Isaac Commey, a champion Kick Boxer who made the headlines when he beat Theophilus Nelson of England at the Accra Sports Stadium in an international kickboxing bout has turned to boxing full time due to lack of opponents and support.

He has promised to thrill boxing fans in his debut which comes off at the Bukom Boxing Arena on Saturday as Fight Night 10 rolls up.

The Chokor-based boxer who will represent Coach Gabriel Allotey’s Sea View Boxing Gym has urged his fans to come in their numbers to see the new Isaac Commey.

He said the achievement of his cousin Joseph Commey who has been guaranteed a medal at the 2022 Commonwealth Games has motivated him to keep the family name high.

Micheal Ansah popularly known as One Bullet will take on Prince Lion Nwoye in a International lightweight Title contest in one of the bouts on the Fight Night 10 of the De-luxy Professional Boxing League.

It will certainly be a night of fireworks as some juvenile boxers will also climb the ring.

ALSO READ  DJ Thunerdex & DJ Baddo - Bad & Baddo Mix
AMA GHANA is not responsible for the reportage or opinions of contributors published on the website.