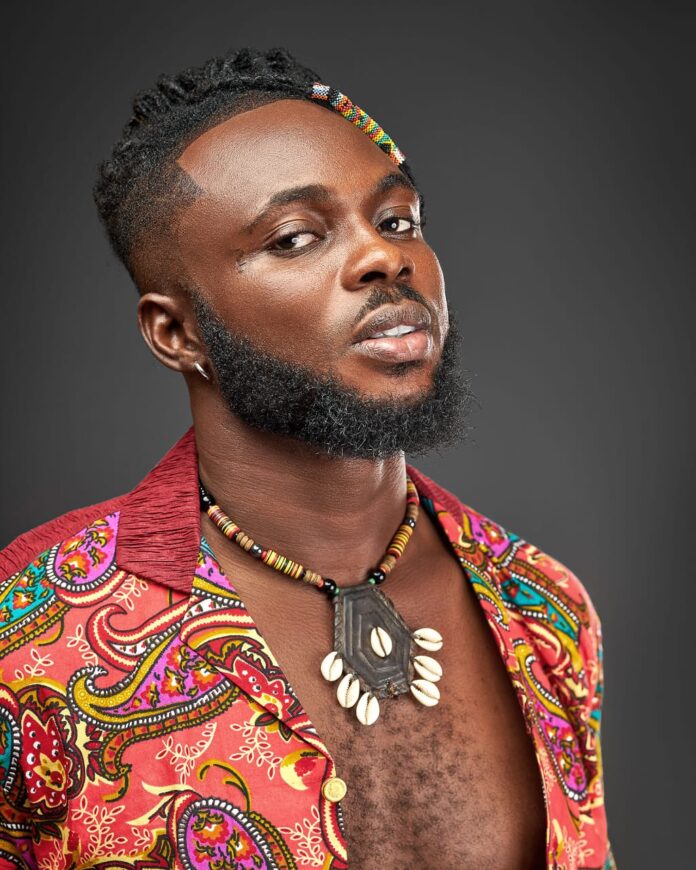 Rising Highlife Artiste Obibini Takyi Jnr, who is currently promoting his latest single MAASE has dropped a shocker saying that he will grab an International Grammy Award in no time at all.

The promising Highlife Musician is currently under First Klass Music management and so far has six singles to his credit.

According to Obibini Takyi Jnr, he is going to ensure that through his Highlife music Ghana is recognised at the International Grammy Awards.

He was speaking in an interview today Wednesday with the one and only Fredino on the SALT 95.5 FM Drive in Agogo Asante Akyem of the Ashanti region.

“We are currently promoting my new single song MAASE across Ashanti region.

In Ghana, our music is Highlife and I believe strongly that with my kind of Highlife music which Ghana as a country is globally known for, I will win a Grammy Award.

I can say my management team has done a great job. It has been so far so good.”

The MAASE Highlife Jam is trending across social media and enjoying massive airplay, as music fans continue to Jam it. Obibini Takyi Jnr. never disappoints and he demonstrates it in this latest project.

According to Obibini Takyi, the MAASE track focuses on the tourism sector and makes reference to Maase, a suburb of Kumasi in the Ashanti region.

The video was shot and directed by Video Director KOJO MYLES.

The track was produced by Liberty Beat and was mastered by the legendary Kumasi-based music producer APYA.

MAASE is available across all music streaming platforms including Apple Music, AudioMac, Spotify, Deezer, and BoomPlay among others. Watch Full Video here:

ALSO READ  New COVID-19 variants fuelling Africa’s second wave
AMA GHANA is not responsible for the reportage or opinions of contributors published on the website.