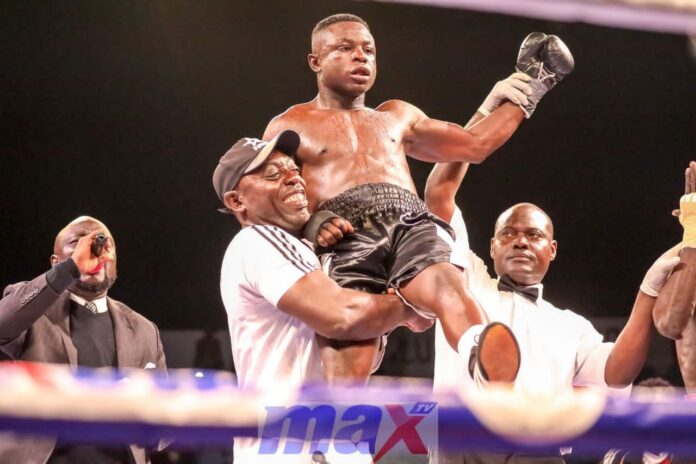 If the weighting is to describe the Fight Night 20 of the De-Luxy Professional Boxing League, then the right word is tension, which is brewing in the camps of Charles Tetteh and John Quaye.

The atmosphere was hot and charged on Sunday morning as the two boxers, John ‘the Magician “Quaye and Charles Tetteh mounted the scale for the weigh-in grand finale.

Charles Tetteh (18yrs) from the Panix Gym, with a height of 66in, will be looking to continue his good winning run on Monday at the Bukom Boxing Arena when he clashes with stylish and skillful John “The Magic Man” Quaye, 22 of Jamestown based Sea View Gym to determine who is the best boxer of the De-Luxy Professional Boxing League.

It is really going to be a big fight for the fans who have started to bet and talk about the bout.

It’s going to be power packed as the award for the Best Boxer and Gym of the season is named.

The bouts will start from 9:00pm sharp.