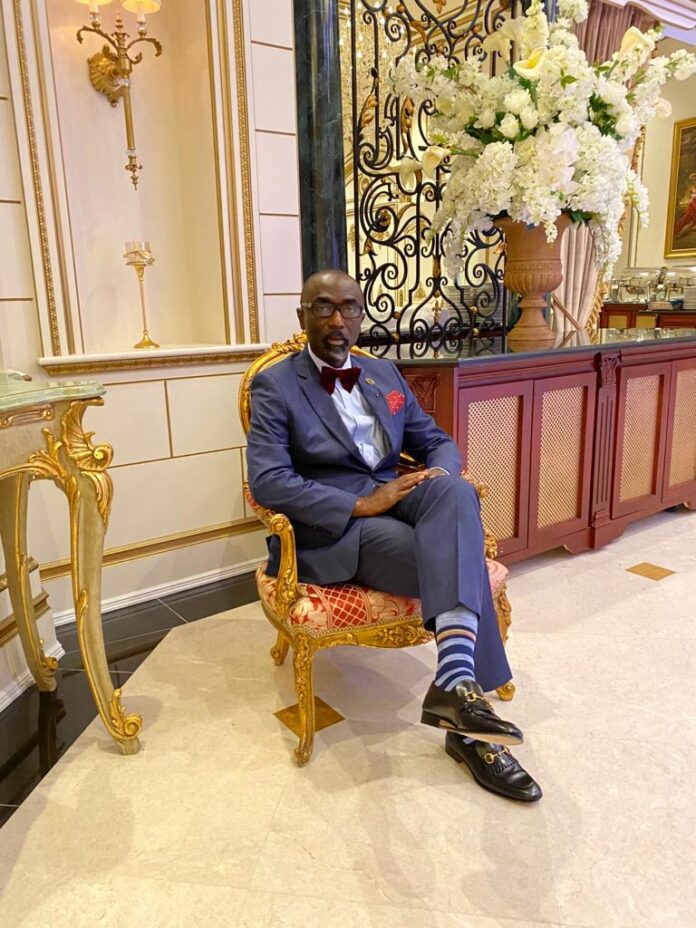 The “Coalition to Elect Nana and Bawumia” (CENAB) is a global political advocacy group envisioned by a broad coalition of Patriots, friends, sympathisers, political admires and people who believe that Nana Addo Dankwa Akufo-Addo and Dr. Mahamudu Bawumia’s Leadership would be the best to project Ghana into prosperity through development embedded in freedom.

It’s been factually established that CENAB is politically galvanized with a specific party color, and exhibit extreme piety in that regard to which in our ambit is beside the point and just a made up story.

Let this be understood, regardless of our conspicuous political credence, we, CENAB unwaveringly hold in high esteem the banner of Nationalism. In our memoir, there is no room for disintegration in nation building.

Word’s are dime a dozen. Respect is a two-way street, if you want to get it, you’ve got to give it. The incredulous abearance of the National Democratic Congress, NDC concerning the December 2020 election results now seems to shrivel apparently.

Fairy tales has now become the lingo of the NDC phalanx with their gusto chronological way of feigning seemingly turning a cosmic chaos. Ghanaians can’t and will never be a yes-man nor kowtow to such untoward juvenile deeds, for enough must be enough.

Johnson Aseidu Nketia, General Secretary for the opposition NDC talking on Akina Radio in Techiman, on Friday, December 18, 2020 peddled some frivolous assertions on the President of the National House of Chiefs who is also the Paramount chief of Sefwi Anhiwiaso traditional area, Ogyeahohoo Yaw Gyebi that, ” in the light of fact, because the Paramount Chief of Sefwi Anhiwiaso conventional zone, had himself been a beneficiary/recipient of a rigged and manipulated National House of Chiefs election, he can’t denounce the manipulated political race by the EC for his beloved party; the NPP”.

General Mosquito as nicknamed elaborated further that the neutrality of the President of the National House of Chiefs has been compromised because he, Ogyeahohoo Yaw Gyebi is a staunch sympathizer of the ruling New Patriotic Party and known for wearing party t-shirts to rallies in sefwi Anhiwiaso, where he is the chief.

In view of the above, Coalition to Elect Nana and Bawumia, CENAB in a logic dictate has envisaged the claims by the left-wing extremist as intuitive and just an impugn antics which seems platitude, ergo, he, Asiedu Nketia should at once render an unqualified apologize to Ogyeahohoo Yaw Gyebi and subsequently unsay, retract, redraw, relinquish his words in that regards.

We wish to send this stern warning to Aseidu Nketia and his associates, they should not endeavor to continue to rumble in the ride of impertinence. They should stay where they belong, because we are armed with all the ingredients to squelch their impudent ego.

NDC syndicates should give us a break with their ‘Patapaa’ altitude, Ghanaians won’t assent to their sham and simulate shenanigans. Even the blindest man can feel and see through their calculated incredulous facade.

Is it that the NDC is void of ‘acceptance’? which is the mental attitude that something is believable and should be accepted as true.

They the NDC knows, as well as we do, that the NPP and it’s Presidential Candidate Nana Akufo-Addo once accepted losing with only 40000 votes difference but Mahama and the NDC cannot accept losing with more than half a million votes. Isn’t this inscrutable?

It’s crystal clear that the NDC are certitude-deprived and turn to altering skewed figures and spurious news. All this is just to accelerate their primer ostensible deeds towards election 2024 to which it will be anticlimactic for them.

Coalition to Elect Nana and Bawumia (CENAB) together with our unflagging global coordinator, Dr. Akwasi Afriyie Achampong wish to cogently assert and emphasize our point that, the conduct of election 2020 is unmatched and give a standing applause to the Electoral Commission.

The transparency of this years elections vindicates itself with the update of pink sheets for Constituencies, Regional, and National level by the EC for perusal to the general public. Indeed, the Jean Mensah Led administration has done a yeoman’s job and needs to be congratulated.