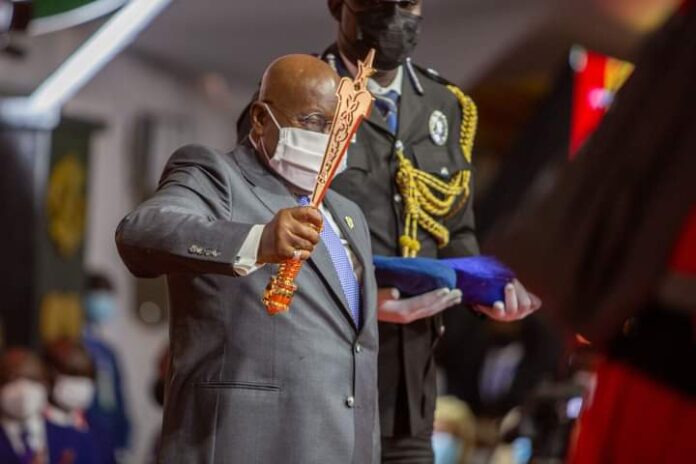 The NDC maintained that until the Supreme Court clears President Akufo-Addo of all wrongdoing, the party will not accord him any respect.

This is part of actions by NDC to protest the outcome of the general election which they claimed was rigged.

The General Secretary of the party, Johnson Asiedu Nketiah at a press briefing in Accra on Friday, January 8, 2021, said: “notwithstanding the inauguration of Akufo-Addo as the President of Ghana, the NDC shall not recognize Mr. Akufo-Addo as the legitimate President of the Republic of Ghana until all the issues surrounding his flawed election are satisfactorily resolved.”

But the Director of Communication for the NPP, Yaw Buaben Asamoa insisted that the President has been constitutionally sworn-in thus must be treated as such.

According to him, Ghana’s democracy resides in Ghanaians and not the NDC or any other political party

He thus insisted that Ghanaians have decided and there is nothing anyone can do about it.

ALSO READ  Calm returns to St. Louis SHS after protests
AMA GHANA is not responsible for the reportage or opinions of contributors published on the website.