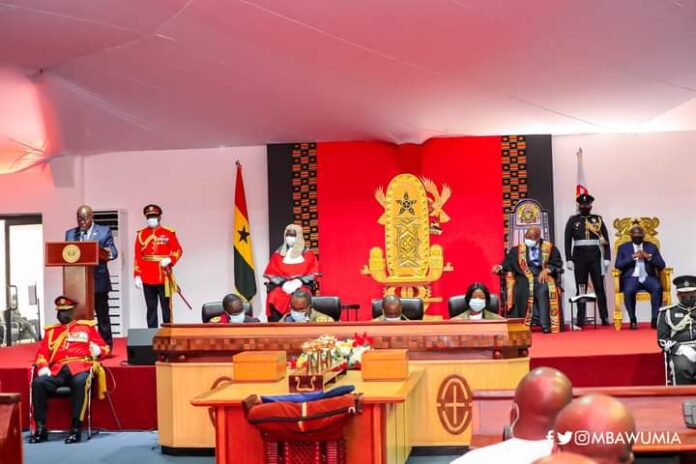 Politician, Alfred Kwame Asiedu Walker, has called for the revocation of the indemnity clause that shields members of Parliament from prosecution.

According to him, the revocation would make parliamentarians behave responsibly as expected on them.

Mr Asiedu Walker was commenting on the chaos that erupted in the parliament house on the night of January 7, when Hon. Carlos Ahinkra of the Tema West Constituency snatched a ballot paper during the election of the speaker of the 8th parliament of the 4th republic of Ghana.

He condemned that incident and described it as disgraceful. He called on the leadership of parliament to investigate the matter and sanction Mr. Carlos Ahinkra.

Mr Walker said, the indemnity clause that makes it impossible for sitting members of parliament to be arrested and prosecuted, makes them feel untouchable and, therefore, could always have their way.

“No one must be above the law in this country, including the president”, Mr Walker stated.

He promised that he was prepared to fund review of the country’s Constitution or the completion of the process initiated by late Professor John Evans Atta Mills.

He stressed that without punishment or some semblance of a deterrent, members of parliament would flout the law all the time.

He proposed that, exgratia should be paid on merit of hard work.

ALSO READ  Ex-Gratia a waste of the public purse; Scrap it
AMA GHANA is not responsible for the reportage or opinions of contributors published on the website.