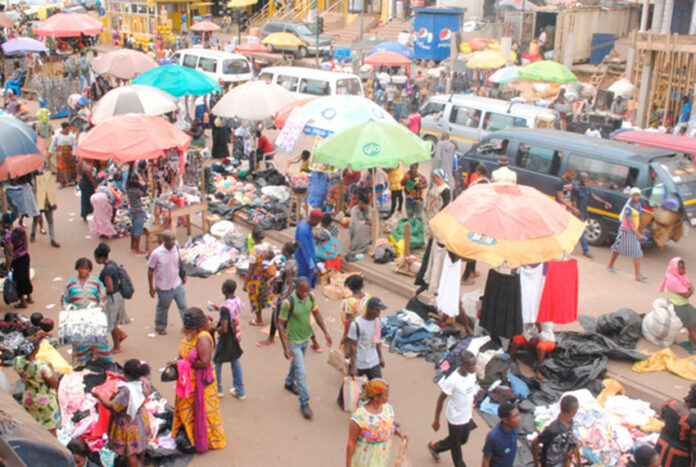 The Kumasi Metropolitan Assembly (KMA) will from Monday, 1 February this year, commence an eviction exercise to clear traders and hawkers from pavements in the Central Business District (CBD).

According to the KMA, selling on the pavement, which is illegal, was the major contributory factor to congestion at the CBD, and the management was not going to allow such illegality to continue.

A statement signed by Henrietta Afia Konadu Aboagye, public relations officer of the Assembly said the traders had up to the end of January to relocate to the approved trading areas.

The statement said this would help ease congestion and bring sanity in the conduct of commercial activities in Ghana’s second-largest city.

“The Assembly wishes to inform all such traders to voluntarily leave the unauthorized premises by 30 January to avoid any punitive measures against them,” it said.

The exercise, according to the statement, was also necessitated by the upsurge in COVID-19 cases in the country.

Under an agreement between the KMA and leadership of the Petty Traders Association, the traders before the Christmas festivities were permitted to do business on the pavements.

The statement reminded the traders that the grace period to voluntarily leave the pavements elapsed on 15 January, and, therefore, they should comply with the directive in their interest.

Most pavements at the CBD have almost been choked as traders conduct their businesses, making pedestrian movement extremely difficult.

The practice has also led to excessive generation of waste, adding up to the KMA’s waste generation burden of 1, 500 tonnes per day.

ALSO READ  Massive clean-up of landing sites, along Volta Lake as Transport Ministry Partners ECOZOIL
AMA GHANA is not responsible for the reportage or opinions of contributors published on the website.