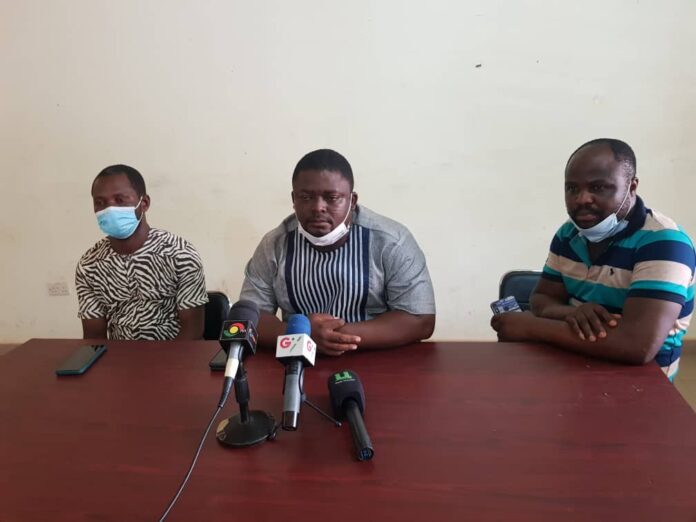 Assembly Members of the Ningo Prampram District Assembly have overwhelmingly endorsed the District Chief Executive (DCE) for the Area Mr. Jonathan Teye Doku and appealed to the President to retain him in order to continue the massive developmental projects he has initiated.

The Assembly members argued that the developments that have sprung up in the district under the leadership of the DCE is unprecedented in the history of the District, hence their tacit support for his retention.

The Assembly members gave the endorsement on Thursday after touring with the media to some developmental projects undertaken by Mr. Jonathan Teye Doku.

The team visited Prampram Polyclinic where the Assembly had procured several medical equipments to equip the polyclinic and later proceeded to inspect the completion of Prampram Islamic school which had also been equipped with desks and ready for use.

Addressing the media after the inspection, the Assemblymember for East Lower Prampram Electoral Area, Mr. Tetteh Wayo explained that all these projects have been made possible through the commitment of the current DCE Mr. Jonathan Teye Doku whom he described as competent and hard-working.

He added that the district has witnessed unprecedented development under the current DCE than previous DCEs hence the need for President Akufo Addo to retain him for him to do more for the district.

ALSO READ  Vaccine deployment plan kicks off in March with health workers, others

“For me, I think Paa Nii Doku the DCE has worked. A lot of development has come to the district because of him. If the president retains him Hallelujah”, Mr. Wayo emphasized.

On their part, the Assembly members for Lekporgunor and Kungortsitsa Electoral Areas, Mr. Henry Quao Narh and Mr. Emmanuel Addo Nartey respectively also touched the need for the current DCE to be retained saying what Ningo-Prampram district seeks for is a developmental oriented DCE like Mr. Jonathan Teye Doku “who has a listening ear for all Assembly members irrespective of their political affiliation”.

“We commend the President for appointing Mr. Jonathan Teye Doku in his first term of office. That decision by the President has yielded several dividends for Ningo-Prampram”, Mr. Quao Narh added.