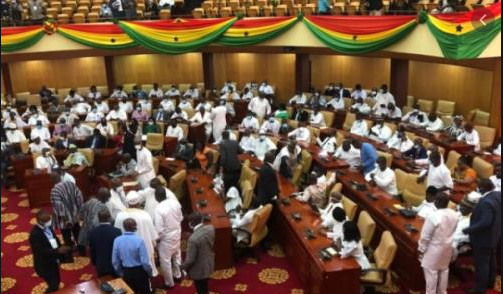 Majority Leader Osei Kyei-Mensah-Bonsu has revealed that about 52 people working at parliament; lawmakers and staff have not yet tested for the virus.

The Minister for Parliamentary Affairs-designate added that the situation was worrying and called on all stakeholders in parliamentary business to do so immediately.

A report by JoyNews stated that leadership had confirmed a total of 45 MPs had not tested as of today. Members of Parliament, parliamentary staff and the press corps had been asked to test for coronavirus since last month.

The house is currently implementing a combination of socially distanced and virtual sitting. Proceedings take place from a tent on the premises. Leadership of the house and selected MPs attend in person whiles the others follow proceedings from their offices.

First Deputy Speaker Joseph Osei-Owusu announced on February 3 that a number of MPs had tested for the virus but had failed to isolate.

“Mr Speaker wishes me to draw the attention of the members of the house that some MPs who have, in fact, tested positive, to the COVID, are still coming to the chamber.

“Mr Speaker wishes me to inform that if those members do not withdraw and isolate, he’ll be forced to publish the names of members who have tested positive in order to warn the rest of us.”

ALSO READ  We cannot undermine NPP in 2024 because of their bad leadership---Alhaji Said Sinare warns NDC
AMA GHANA is not responsible for the reportage or opinions of contributors published on the website.