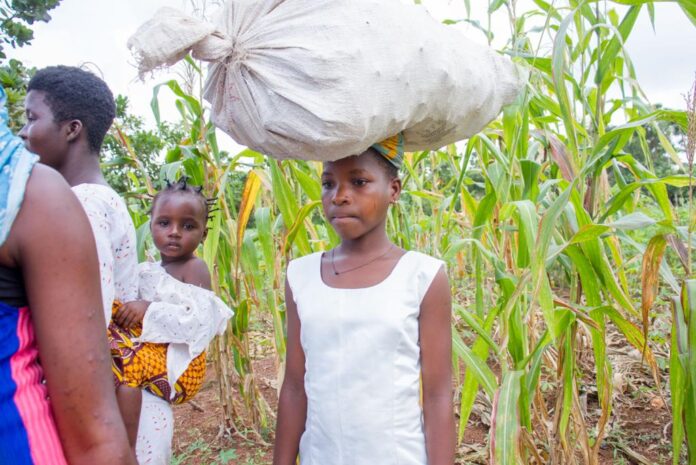 International Labour Organisation (ILO) in collaboration with the European Union(EU) through the Ministry of Employment and Labour Relations has commenced a three-day capacity training for Community Child Protection Committees (CCPC) in selected districts in the country.

The training which commenced on Monday 15th and ends 18 November 2021, at Hill View in Accra seeks to enlighten CCPC with changing trends in the world of work which will enable them to support the ministry and the government in the fight against child labour in their various communities.

The training also falls under the second component (Elimination of Child Labour) of the Trade for Decent Work Project of ILO which is aimed at eliminating child labour in the country.

Peter Antwi, Assistant Director at the Ministry of Employment and Labour Relations and also a vocal person on child labour issues said the ministry is doing everything possible to reduce if not eliminate child labour in the country.

According to him, the training will help the participants and parents to know and understand the limits of children so that they do not make them do a lot of work.

He hinted that his outfit will liaise with the ministry of local government and rural development to ensure CCPC is legalised.

“There is a proposal from the Ministry of Local Government called the ‘Community Social Protection Committee’ because the communities are within the jurisdiction of local government so probably the ministry have to liaise with local government to see how to make the laws work”.

Highlighting the delay in data collection, he said the ministry as a coordinating ministry, data is needed from all partners in Ghana both government and non-government institutions hence there is a delay in report collection.

He said there are times the report doesn’t even come at all.

He added that this happens when there is a gap between what actually happened on the ground and the data they have.

“Every year the International Labour Organisation(ILO) organised what we call International Labour Conference and at that conference, there is a committee called the Committee on Application of standards. Countries are supposed to report on conventions they have ratified and this report goes to another committee which is called the committee on application of standards and conventions so this committee reviews the report that the countries submit and where they have issues they invite the country to come and explain why there are gaps. So this year ghana was invited to respond to some of the issues they raised on convention 182 that was in June.

….And that was on dealing with children that were involved in child labour because we didn’t have enough reports on what the government is doing but that the conference we were able to provide information even getting data on prosecution that have been made and ghana police service was able to back this with data on the prosecution to the committee. This year 24 countries were invited and this was the first time Ghana was invited to the 182 conventions”, Mr Peter Antwi explained.

Thomas Adjei, Chairman CCPS, on his part commended ILO and EU for organising such training, saying it will go a long way to help in eliminating child labour in the country.

He urged the organizers to organise a similar workshop to engage more community members as far as bringing it to the communities.

He assured that they are working together to legalise the structure because when you see a child working on something which is not good if you confront them the parents will insult you.

“If a bill can be passed in Parliament to support our activities, our work will be more effective in the various communities,” he proposed.