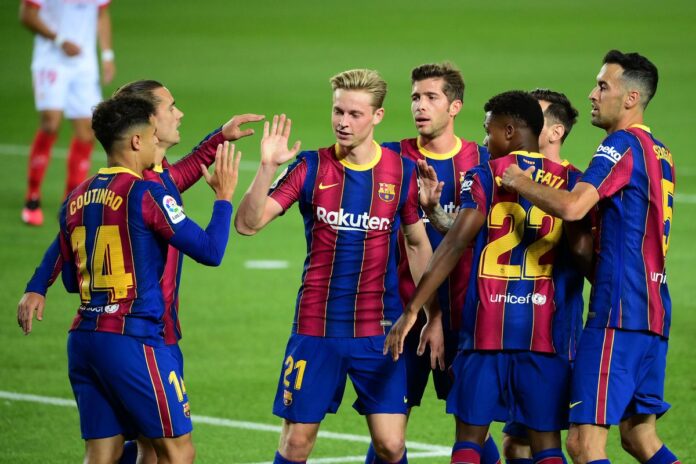 Sevilla have been drawn against Barcelona, while the other match-up sees Athletic Club come up against Levante.

The first leg of the Sevilla vs Barcelona tie will take place at the Estadio Ramon Sanchez-Pizjuan before heading to the Camp Nou.

In the other tie, Athletic will host Levante at San Mames in the first leg before travelling to the Estadi Ciutat de Valencia.

The dates for the semi-finals are February 10 for the first leg and March 3 for the second leg. The 2021 final is scheduled for April 17 at the Estadio de La Cartuja in Seville.

It is worth remembering that Athletic will play the 2020 Copa del Rey final on April 3 against Real Sociedad, also at La Cartuja, while they have already secured the Supercopa de Espana after beating Barcelona on January 17.

ALSO READ  Michael Essien, Kwadwo Asamoah drop new year messages
AMA GHANA is not responsible for the reportage or opinions of contributors published on the website.