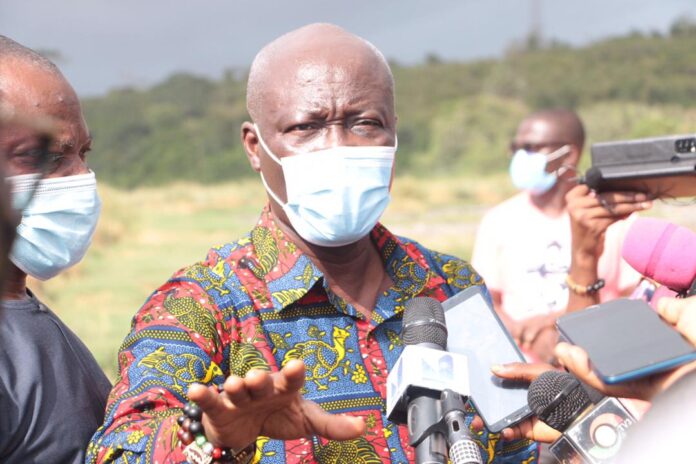 Members of Parliamentary Select Committees on Local Government, Science, Environment and Technology, Finance and Works and Housing have appealed to the government to increase the landfill tipping fees paid to service providers to motivate them as well as enhance service delivery.

The Ranking Member on Local Government, Hon. Nii Lante Vanderpuiye made the appeal on Monday during a working visit by the Committees to the Asaakae landfill site in the Efia Kwesimintim Municipality of the Western region.

He indicated that the current gh30.00 paid to Service Providers is nothing to write home about as it falls drastically short of the internationally approved fees.

The municipal solid waste landfill tipping fees per ton in the US and Europe currently range between USD53 and 60 Euros respectively.

This, the MP for Odododiodoo believes when replicated in Ghana would help solve the myriad of challenges within the Sanitation sector.

“… Even how much is fuel for you to pay them gh30.00 per ton. The standard approved fees is about 60 dollars and so government must increase it”.

The Ranking Member on Parliamentary Select Committee on Sanitation, therefore, called on the government to increase the Landfill tipping fees paid to service providers to enhance the management of Landfill sites in the country which he said are paramount to Ghanaians.

He later commended waste management giants, Zoomlion Ghana Limited (ZGL) for the mega projects it is undertaking nationwide in the area of Landfill management and integrated, Recycling and Composting.

On his part, the MP for Banda, Ahmed Ibrahim supported his colleague MP and called for massive government support to private companies doing great stuff in the country.

He said per what they have seen so far on the field, it is only prudent that government supports private companies like ZGL.

Hon. Ahmed however urged ZGL to expedite action on the projects and prove to the world that the private sector is indeed the engine of growth.

The Parliamentary Select Committees in the next few days would be touring other sites in seven other regions.