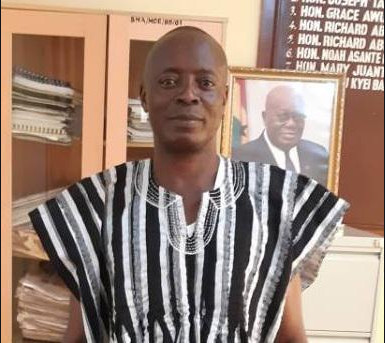 We are of the firm belief that assuming the MCE position were to be elected, Mr. Kwaku Kyei Baffour would certainly have lost our vote because he woefully failed in the performance of his duties as the MCE and for that matter the Chief Representative of Central Government in the Bekwai Municipality between 2017 and 2020.

It is our duty as NPP faithful’s and more importantly as citizens/residents of the Municipality, to hold our leaders accountable (in this case the MCE) and hence demand quality leadership and better representation of assembly members for the development and improvement in the standard of living for residents of Bekwai Municipality.

We have come to this decision based on numerous reasons including, but not limited to an agenda by some constituency executives which was aimed at unseating the current Member of Parliament for Bekwai who doubles as the current 1st Deputy Speaker of Parliament of the Republic of Ghana, Hon. Joseph Osei-Owusu during the 2020 Parliamentary Elections.

Pertinent among our issues are the following:

1. As an appointee of the President and an NPP Member, it was fit, proper and needful that Mr. Kwaku Kyei Baffour, the MCE supported the agenda of the President by working closely together with the Member of Parliament, for the 2020 elections in the interest of the New Patriotic Party in order to retain the Parliamentary seat. The then MCE FAILED to do this.

2. The Bekwai Constituency is one of the key strongholds of the NPP which has over the years contributed immensely to NPP electoral fortunes since 1996 in terms of the number

of voters who voted for NPP as well as percentage votes in favour of NPP. However, under the leadership of Mr. Kwaku Kyei Baffour as MCE, the NPP nearly lost the seat to an Independent Candidate as our votes dropped from the 81.6% in 2016 to 61.91% in the 2020 Parliamentary Elections.

This is the worst performance so far for the NPP since 1996 in the Bekwai Constituency.

3. As an appointed representative of the President and a leader in the Municipality and the Constituency, Mr. Kyei Bafffour was virtually absent in almost all party-organized activities and campaigns. Even in the very few instances where he participated, he did so with a lukewarm attitude. The few times he showed up, he did so only for the cameras.

Mr. Kwaku Kyei Baffour was consistently absent on the campaign rounds/grounds of the MP and the Party during the last Presidential and Parliamentary Elections which led to the drastic drop of votes for the NPP Party to the advantage of the independent candidate.

He did not and never bothered to put on NPP branded paraphernalia on any of such occasion he showed up during the 2020 campaign towards the elections.

Mr. President, we wonder what would have happened to the NPP caucus in parliament should we have lost the seat to the independent candidate taking into cognizance the current political composition of 8th Parliament which could have resulted from the actions and inactions of the MCE as he did not support the party machinery and the NPP parliamentary candidate in the campaign for the 2020 elections.

4. Again, while in office as MCE, Mr. Kyei Baffour distanced himself from the Party both at the Executive level and the grassroots. He did not have any good relationship with the teeming youth of the NPP and Party faithfuls in Bekwai. By his conduct or otherwise, he visibly sabotaged the then Member of Parliament and who is still the MP’s agenda, activities, projects and support to his (MP) constituents.

5. He displayed gross disrespect to the teeming youth who campaigned throughout the length and breadth of the 116 towns and communities in the Bekwai constituency. This was evident in a case in point where he sacked a section of the youth from his office when he was visited, claiming that his office was not meant for the NPP Party and for that matter Party Activities.

6. It is a common knowledge that Mr. Kyei Baffour did not visit even one third of the 116 communities that makes up the Bekwai Constituency within his four year term, hence he is neither popular and nor known in the constituency.

7. He failed to honour about 90% of invitations by the seven paramount Chief’s and Traditional Rulers in the Bekwai Constituency. This has resulted in a strained relationship between his office, the party and Nananom.

To a large extent, he was absent from general gatherings and official gatherings where the MP was in attendance.

8. In addition to the above, the MCE, Kwaku Kyei Baffour connived with some foreign nationals to undertake illegal mining activities in the face of the President’s fight against illegal mining. In this regard, concessions meant for community mining at Sanfo Aduam and Koniyaw in the municipality were released to these foreign nationals at the expense of the local folks.

9. He was personally involved in GALAMSEY activities within the municipality to the detriment of the ever degrading environment of Bekwai and its environs especially forests, farm lands and most importantly water bodies

10. Furthermore, under his watch, some staff of the municipal assembly syphoned internally generated revenue meant for the development of the municipality. He refused, failed or neglected to sanction or take any punitive/remedial action against those involved to serve as deterrent against future occurence

11. Over his four-year tenure, he sat down passively without any concern, contribution and support to the Party at the Constituency Level, leading to the collapse of party machinery/structures within the Constituency. There is now little or no cohesion among party members at the grassroots and at all levels in Bekwai

12. Mr. Kyei Baffour is very inward looking, not in touch with Assembly Members and took major decisions without due consultation with the MP, Assembly Members, Party Executives and other stakeholders. His parochial interests, were mostly served in such matters and decisions.

13. In the heat of the 2020 campaign season, he suspiciously (irrationally) issued out permits to the independent candidate to hold rallies on and across major roads leading to the blocking of vehicular movement and human traffic to the displeasure and/or detriment of the populace. This particular action of Mr. Kyei-Baffour had serious security implications and for that matter threatened the peace and stability of the area.

14. His inability to handle and take decisions in consultation with the relevant security agencies on matters which bordered on the Security of the Municipality especially during the December 2020 Elections as the Head of the Municipal Security Council (MUSEC) was most unfortunate and left much to be desired.

From the foregoing, we hereby want to state unequivocally that, since the MP has been re-elected by the people of the Bekwai Constituency, the MCE from all indications, cannot work together in harmony with the MP to carry the President’s vision and agenda for the development of the constituency and the Party. Hence, the MCE must not be retained.

We therefore deemed it our civic responsibility and in the supreme interest of the good people of Bekwai, to humbly appeal to His Excellency the President, Nana Addo Dankwa Akufo-Addo NOT to re-appoint Mr. Kwaku Kyei Baffour as the MCE for Bekwai Municipal, Ashanti. This we believe, would facilitate the development of the Municipality rather than the parochial interest exhibited by Mr Kyei Baffour in the last four years

We suggest that, the President appoints a different person who has the requisite competence and vision as Municipal Chief Executive for the Bekwai Municipality. This would ensure that the much needed development is brought to Bekwai. The appointment of a new person, we believe, would change the narrative, such that the MP and the new MCE could work together in harmony to improve the standard of living of the constituents.

We are very confident that His Excellency the President, Nana Addo Dankwa Akufo-Addo, being a great and listening leader that he is, will not punish the people of Bekwai Municipal with the re-appointment of Mr. Kwaku Kyei Baffour as the next MCE.

We are firm in our resolve to show our extreme displeasure in the very unlikely event that, Mr. KWAKU KYEI-BAFFOUR, is retained as MCE for Bekwai.

Bekwai has numerous son’s and daughter’s who are proactive, industrious, well meaning and ready to work in harmony with the MP to ensure the development of the Bekwai Municipality. All we need is an MCE who buys into the vision of the President and for that matter the development agenda of Bekwai for implementation to the benefit of all its residents.

Once again, thank you Mr. President