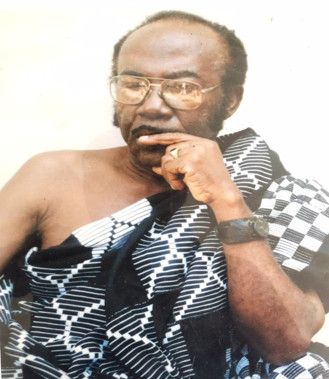 It is with deep sorrow and a sense of loss when the Ghana Association of Writers received the death of its member and a former Vice President, Mr. Bill Marshall on 2nd June 2021 in Accra.

The National Executive Committee (NEC) and the entire membership of the Ghana Association of Writers (GAW) wish to express their deepest condolences to the wife, children and the entire Marshall family for the loss of a great Ghanaian dramatist, novelist and columnist.

We wish to respectfully invite you to an evening of remembrance of poetry, music, dance, and presentation of tributes, reminisces and anecdotes in memory of the late Bill Okyere Marshall on Thursday, June 24, 2021, at 5pm at PAWA House.

He mentored and encouraged many writers to join and build a vibrant association of writers. Writers and readers in Ghana will forever remember his contributions to an exciting literary space with his works such as:

Uncle Bill will be sent home to the ancestors on June 26, 2021, at Larteh Akuapem. We wish him a safe journey home, while those of us he left behind in this wilderness continue to remember him for his good works, and for having ever walked here.

May the soul of Bill Okyere Marshal find eternal rest in the bosom of God Almighty.

Rape is still unlawful; Speak Up and Seek Help!

From Zero to Hero